The Ghosts Of Roman Soldiers Walking On Their Knees 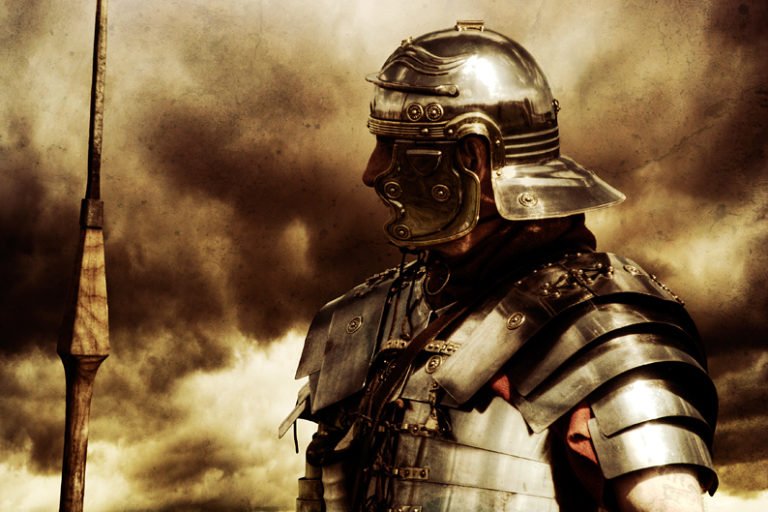 The sighting was made by Harry way back in February 1953. At the time many doubted it was true but later events have shown how everything fits together nicely. Original objections to his story have now been overturned. This is what happened:

In the early 50s Harry was an apprentice plumber and was carrying out some work at The Treasurer’s House in York. The property is called that because the treasurers of York Minster lived there until about 1547. So there’s lots of history to the house and in York itself.

Harry was working in the Treasurer’s House cellars and was up a ladder doing something or other to the heating system. It was then that he heard the sound of a distant horn or trumpet. He imagined that this must be coming from outside, and that was why the horn sounded so muted.

The horn, however, gradually got louder and then louder, each time seeming to be nearer to where Harry was working. This is where it will be hard to believe for many readers.

Suddenly a big cart horse emerged through the wall of the cellar. Needless to say Harry was shocked, so much so that he fell off his ladder and crouched, hiding as best he could.

The horse and cart were followed by a Roman soldier who in turn was followed by about twenty disheveled men dressed in green tunics, with shiny tops and plumed helmets. Round their waists they had short, red ‘skirts’ with strips of leather hanging down.

They were carrying spears, short swords and round shields. An even stranger thing was that they seemed to be walking on their knees. The ghosts, or whatever, went straight through the cellar.

Being understandably scared Harry scuttled to his feet and ran up the cellar stairs as fast as he could. He met the house’s curator who looked at the apprentices white face and said, “You’ve seen the Roman soldiers, haven’t you?”

It appears that several other reliable people had also experienced the same scene.

Though the curator believed Harry’s story others didn’t. It was too much to believe: soldiers walking on their knees and besides, Roman soldiers had large square shields not round ones as Harry had claimed to have seen.

But bit by bit answers came about.

The cellars of the Treasurer’s House were excavated and it was found that there was an old Roman road about 15 inches below the floor’s surface. So this was why the men appeared to be on their knees – they were really walking on the ancient road.

As for the round shields, in 1953 it was believed that Roman shields were large and rectangular. Later excavations of Hadrian’s Wall discovered that auxiliary Roman soldiers did in fact have smaller, round shields.

Harry Martindale never spoke publicly about what he had seen until the 1970s in a television interview. He gave up his plumbing career after the sighting and became a policeman, a reliable witness you would therefore think.