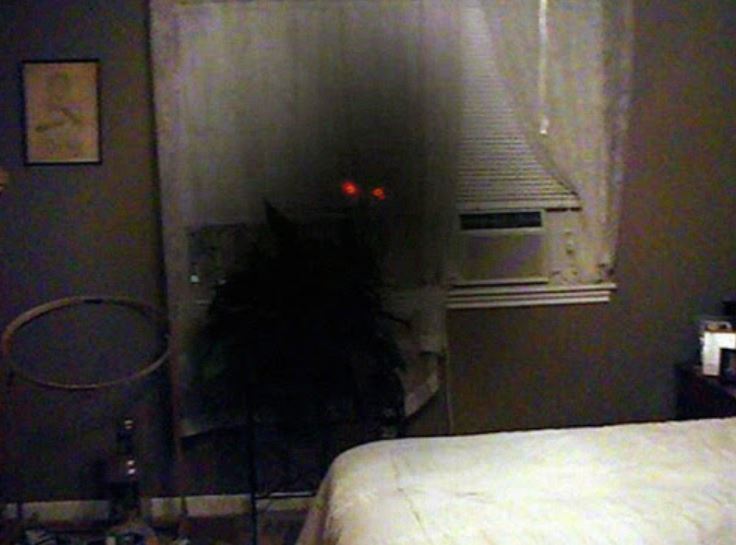 If a previous owner has died in the house in which you now reside, you might want to think twice before you redecorate.

After Mrs. Meg Lyons died suddenly in her Bakersfield, California house, it had remained untouched when Mrs. Frances Freeborn moved in during the month of November, 1981. Every piece of Mrs. Lyons’ furniture was just as she left it.

Her clothes still filled the closets and dressers. Eager to make the house her own, Mrs. Freeborn set about cleaning out the house and refurbishing it to her liking. And that’s when the trouble started.

The first unsettling mystery was a loud thumping noise coming from the kitchen area, which Freeborn at first dismissed as noisy plumbing. But then there was other strangeness. Freeborn habitually closed all doors and cabinets before retiring to bed, only to find them wide open in the morning.

Lights would be switched on by unseen hands while Freeborn was out of the house. She tried to take these curious occurrences in stride, but was convinced a paranormal force was at play when she tried to hang a particular picture – a triptych (three photos in one frame) of pre-Civil War women.

The morning after hanging it, Freeborn was puzzled to find it on the floor, but neatly propped against the wall. Figuring it had merely fallen (and luckily not broken), she re-hung it. In fact, five times she tried to hang the picture, and each time it was taken down and set against the wall.

A week or so later, following an impulse, she hung the picture in a spare bedroom much lower on the wall and too close to the light switch than she actually preferred. But this time the picture stayed put. Why? When Luke Cowley, the dead Mrs. Lyon’s son-in-law, visited the house, he remarked that Mrs. Lyon had hung a very similar picture in that very spot.

In 1982, as Mrs. Freeborn was preparing to redecorate the master bedroom, the poltergeist activity increased. Throughout the day that she shopped for paint and wallpaper, she was unnerved by the sensation of being watched.

That night, crashing noises and loud banging in remote areas of the house kept Freeborn from sleeping. She arose from her bed at about 2 a.m. and walked to the bathroom. She ran some water at the sink to wash her hands.

Suddenly, the bathroom window flew open. She closed it, returned to her bed and sat, frightened. Again the bathroom window opened and in the same instant the bedroom window crashed shut. The folding doors of one closet tore open as another closet door slammed closed. Her dog barked frantically at the terrifying spectacle.

Scared out of her wits, Freeborn’s solitary thought was to get out of that house. She picked up her dog and fled the bedroom into the hallway and ran smack into some unseen force. “There was a zone of pressure,” she later related, “a mass out in the hall, as if something ominous and ugly was concentrated there. I realized I had to get out of the house or I would die.”

Three distinct forces were in that hallway, she insisted – one to each side of her and one blocking her way out. Gathering all her courage, she shouted, “Get out of my way!” and forced her way past the dark presences.

Somehow she sensed that the two entities at her sides her “surprised” that she was able to do this, and she felt that the entity in front of her was knocked back. She ran out the back door and sped away in her car… still wearing her nightgown.