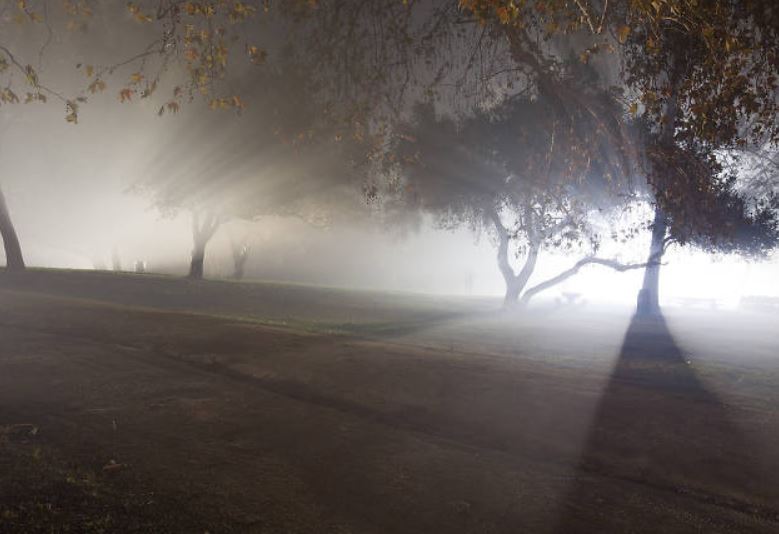 Beaver Creek State Park is a beautiful place to visit. There are many hiking and horse trails, as well as some restored cabins and a mill. But my main reason for visiting was ghost hunting!

Beaver Creek State Park is home to MANY ghost stories. One of the most well known legends is Gretchen’s Lock. Gretchen was the daughter of Gills Hans, the man who designed the lock. Gretchen really missed home, and she really wanted to return to Ireland.

Her father promised her that they would one day return. However, Gretchen died of malaria before they could make the trip back. But her father wanted to keep his promise. He had her coffin entombed in the lock until he could arrange to have her body sent home.

The day of the trip came, and her father accompanied his daughter’s body on the ship. They never made it to Europe though – the boat sank in the Atlantic Ocean. Today Gretchen’s ghost is seen around the lock, and many people hear her sobbing.

There is also another haunted lock within the park, which is known as Jake’s Lock. Jake was a night watchman who patrolled the lock. One stormy night, he was struck by lightning. He fell into the canal and drowned. Today visitors can sometimes see him walking around the lock with his lantern. Some even see his lantern shining under the water at night.

There are more hauntings that have nothing to do with the locks though. My favorite is the legend of Esther Hale. Esther lived in Sprucevale, which was a town that disappeared when the railroad became more popular than the canal.

She was supposed to marry a man who served in the Army. No one knows if he was killed or just decided he didn’t want to get married, but one thing is for sure: he didn’t return home for their wedding, and Esther was left at the altar.

She became crazy after that, and wouldn’t take off her wedding dress. People would see her wandering around town for weeks wearing it. Then one day the people in town realized they hadn’t seen her for awhile.

They checked her house, and found her dead at the kitchen table, still wearing the wedding dress. Today park visitors still see her roaming around the location of the old town.

Another haunting at Beaver Creek State Park involves someone known as the Mushroom Lady. Legend has it that there used to be an unattractive woman who lived deep in the woods. She would travel into town to sell sandwiches.

Well, she fell in love with a nice man who often bought food from her. They became friends, but the man didn’t love her. One day when she met him in town, he had another woman with him. He introduced her as his fiance. The Mushroom Lady was devastated, and furious. She invited the couple to her home for dinner that night.

She served them mushrooms, which turned out to be poisoned. They died quickly, and she buried their bodies in her garden. Today people see her wandering around the woods in the park.

One more haunting at the park is the ghost of Pretty Boy Floyd. Charles Arthur “Pretty Boy” Floyd was an infamous bank robber who reportedly killed around twelve people. J. Edgar Hoover named him Public Enemy Number 1 a few months prior to his death. He often passed through East Liverpool and stayed at the Conkle Farm.

On October 22, 1934 local law officers found out he was staying at the farm. They went there, and when Pretty Boy Floyd tried to escape through a field they shot him. Today his ghost has been seen around the area, and many people have captured his voice on EVP recordings.