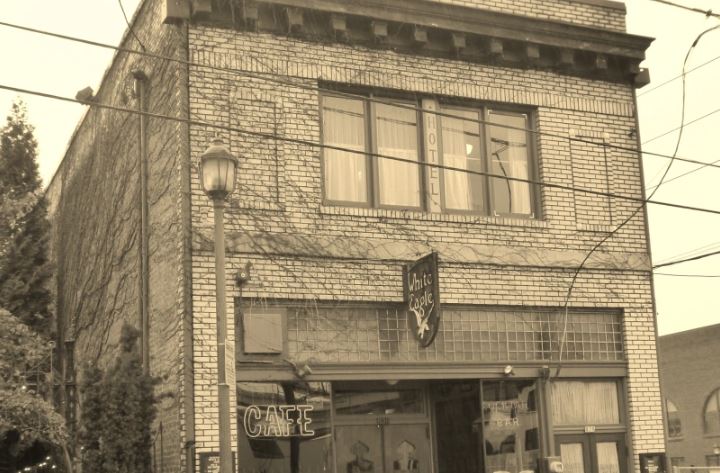 Located in one of the oldest sections of Portland, Oregon, close to the docks and rail yards, the neighborhood around the White Eagle Saloon has held a reputation as rather “rough and ready” for most of its history.

As the decades progressed, many of the older buildings around the White Eagle found themselves demolished and the area becoming increasingly industrial. However, in keeping with its tough reputation, the White Eagle soldiered on, continually operating as a bar, but also at times alternately as a brothel, cheap hotel, and rooming house.

The building itself is two-story brick, about thirty feet wide, seventy feet long, and forty feet tall. The White Eagle is currently a “hip” corporate-owned saloon hosting live music on the main floor and a small historic hotel on the second floor.

Along with continuing to host spirits of the alcohol kind, the White Eagle also, apparently, continues to play host to a number of spirits from beyond the grave.

Ghostly manifestations include disembodied voices and mysterious apparitions. Previous owners and employees reported hearing a woman crying on the second floor, only to find it completely deserted upon investigation.

In connection with this voice, there are also reports of a vaguely human, teardrop-like form appearing in one of the second floor windows. Additionally, witnesses have reported hearing voices and people walking around in the main floor bar area while working alone in the basement after closing. 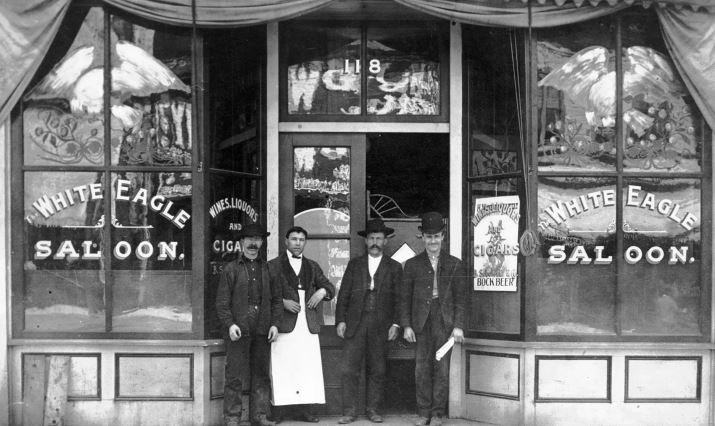 One unusual report involves a toilet in the men’s room. Witnesses claim to hear in the quiet after closing footsteps leading to the men’s room, the men’s room door open and close, and then the toilet flushing.

The only truly distressing report occurred several years ago when a waitress claimed to have been pushed from behind by invisible handles while going down the stairs to the basement. A bartender and doorman who rushed to assist her claim a mop bucket at the top of the stairs came flying towards them. Not surprisingly, the waitress reportedly quit her employment the following day.

The White Eagle certainly has a reputation as a tough and shady joint. The first bar at the location, B. Soboleski and Company Saloon, open in 1905 in a 1880s wood frame building. The present brick building opened in 1914 with a change in ownership and name to the Hryszko Brothers Saloon.

During its heyday, the area teemed with saloons filled with dockworkers, rail workers, sailors, and prostitutes. The neighborhood itself served as a melting pot of Chinese, Russians, Germans, Slavs, and Poles.

Many saloons in the area, including the Hryszko Brothers Saloon, were rumored to have tunnels leading directly to the wharfs used to shanghai sailors. Reputedly, prostitutes lured unwary drunks to the basements of the establishments with a promise of fun, where waiting thugs rendered the man unconscious, robbed him, and then used the tunnels to dump him on the streets (if he was lucky) or sell him to sea captains in need of crew (if he was especially unlucky).

According to legend, the “shanghai tunnel” at the White Eagle was filled-in during the 1910s. However, the Hryszko brothers’ establishment held a reputation for gambling and prostitution. Even after Oregon Prohibition in 1917 forced a name change to the Hryszko Brothers Soft Drink Emporium, old-timers claimed illegal activity and alcohol continued to flow freely.

In 1938, another name change brought the Hryszko Brothers Restaurant and Beer Parlor and an improved reputation. During World War II the bar became known as the Blue Eagle Cafe and business boomed with workers from the nearby shipbuilding yards.

A further change in 1941 ushered in the current name: the White Eagle Cafe and Saloon – reportedly a nod to the white eagle on an early Polish flag. Never considered a great neighborhood, the area around the White Eagle slipped into economic decline during the 1960s, with the White Eagle changing hands from the Hryszkos family to Tony Ferrone and becoming known as a rowdy “biker bar.” 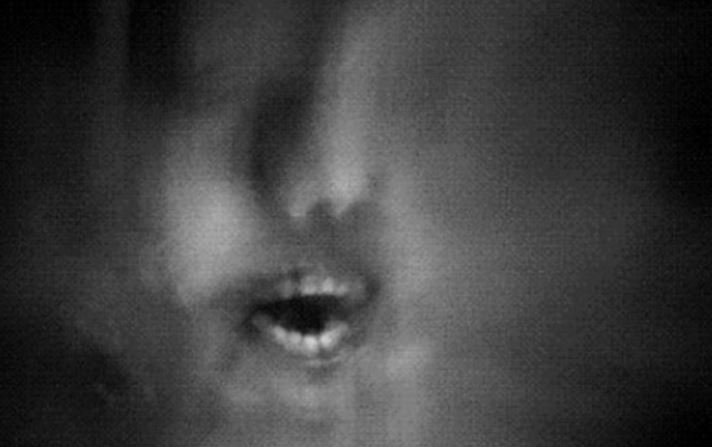 Things changed in 1978 when a tool and die maker named Chuck Hughes fulfilled his dream of owning a bar by purchasing and “cleaning up” the White Eagle. He continued to run the White Eagle for many years until it finally passed into current ownership by the McMenamin’s company in 1998.

We sorted out the history of the White Eagle Saloon, but what about today? It seems that ghosts still live in this place. Here’s what Kathie K. writes in TripAdvisor:

“We recently stayed two nights at the White Eagle Saloon in Portland – one night on the way down to San Fran & one night on our way back. I want to start by saying that the bar & hotel are beautiful and the price is right but we now believe the hotel is haunted.

“Neither my boyfriend nor I believed in ghosts, we are very logical people and we hadn’t read anything about the hotel being haunted when we booked it. Our first night in room 1 was wonderful and uneventful but our 2nd night in room 3 was down right scary. We had just got in from a brutal 10 hour drive and went straight to bed.

“We were lying in bed trying to fall asleep and the bed started moving up & down for no reason – we tried to rationalize that it was probably due to the bar below but it felt pretty creepy. My boyfriend proceeded to fall asleep but I was a little rattled and couldn’t sleep, I kept feeling like something was tickling my toes.

“I eventually fell asleep too and in the morning we were abruptly awoken by what felt like a object hitting the bed very strongly from below! We were both freaked, so much so that my boyfriend was looking under the bed. When we got up we also found that the water in the sink was running.

“My boyfriend felt that there was something in the room that just wanted us out so that’s what we did – no shower, no nothing – we high tailed it out of there! It wasn’t until today that we read many articles about the hotel being haunted. It’s too bad because we loved the place and the price was right but we won’t be able to do another night there. If you do chose to stay – don’t stay in room 3!”