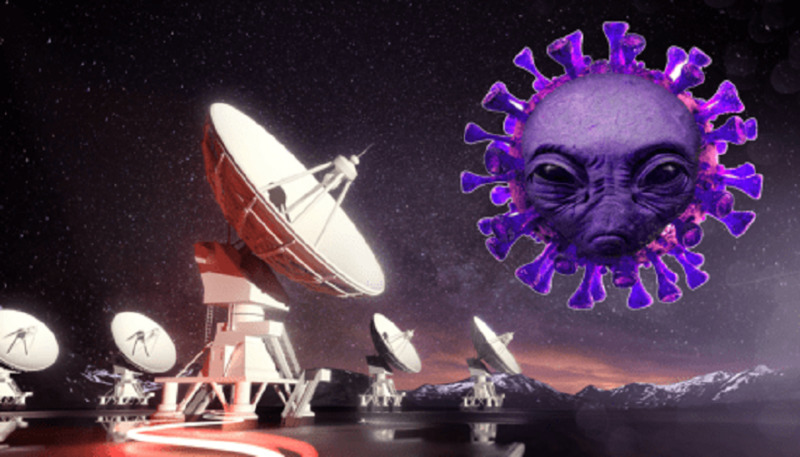 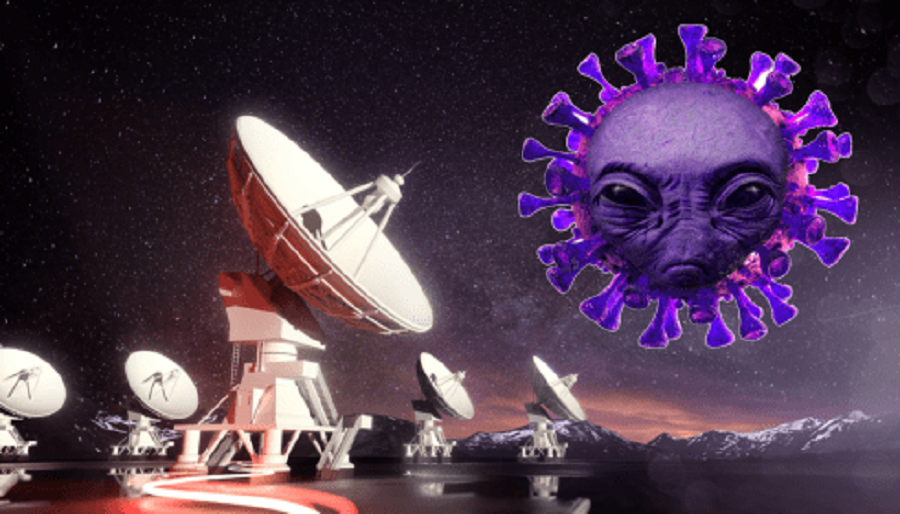 When the first message from an alien intelligence arrives, our experience with COVID-19 could help us plan a suitable response, researchers say.

Imagine the following scenario: A remote radio telescope detects a repeating signal from a Sun-like star a few tens of light years from Earth. In the next few days, other radio telescopes repeat and confirm the observation.

The signal has a high information content that cannot be produced by any known natural process. With much excitement and cautious wringing of hands, scientists conclude that the signal is evidence of an intelligence elsewhere in the universe.

Amid the global exhilaration, confusion and concern, key questions emerge about the role of scientists and politicians, the nature of the advice they give and who should be involved in deciding how to reply.

There is little in the way of precedent to guide humanity. But today, Peter Hatfield and Leah Trueblood from the University of Oxford say that our experience with the COVID-19 pandemic is preparing us, at least in some ways, for First Contact.

The researchers point out that the pandemic has many similarities to a First Contact event, particularly with regard to the involvement of scientists, the scrutiny they undergo and their interaction with politicians. Of course, there are many differences too, but the researchers say this unexpected opportunity can help to develop plans for handling a First Contact in future.

Hatfield and Trueblood begin by studying a variety of previous efforts to create messages for an extraterrestrial audience. Some of these were far from democratic or inclusive. One early example was the messages carried out of the Solar System by NASA’s Pioneer spacecraft in the 1970s. These took the form of plaques attached to the spacecraft. “[These] were essentially developed just by Carl Sagan, Frank Drake and Linda Salzman Sagan over three weeks,” say Hatfield and Trueblood.

Some later messages have been more inclusive. In 2008, a message broadcast towards Gliese 581c, an exoplanet thought capable of hosting life, consisted of photos, drawings and text messages gathered by a social media website. In 2016, the European Space Agency broadcast 3775 messages from people all over the world, towards the Pole Star.

But these have all been speculative efforts. A reply to a message unambiguously from another civilization would garner much greater global attention. But who should compose such a message?

Message to the Stars

One way to find out is to ask. So Hatfield and Trueblood surveyed an entire nation, or at least a representative sample of one. They used a polling agency to ask 2000 people in the UK the following question with 5 choices of answer.

“Imagine a scenario in which scientists receive an unambiguous message from extraterrestrials (alien life forms) on a distant planet. Of the following options, which would be your preference in terms of how humanity’s response to this message should be determined?

The results suggest a preference for a science-led response, at least in the UK. And that raises questions about how such a response might work and how it would be received by the public. 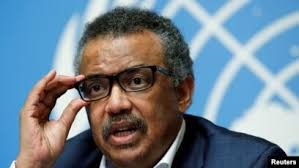 That’s why Hatfield and Trueblood say there are lessons to be learnt from the current pandemic. “We suggest that there are some similarities between the COVID-19 crisis and a First Contact event,” they say.

The researchers say that both situations are fundamentally scientific in nature, both have significant social, economic and political impact, both affect every human on Earth and both are “external” threats that put humans on the same side, in contrast to a world war, for example.

Scientists have played a key role in the response to COVID-19 but have generally played second fiddle to politicians. Perhaps a First Contact event would pan out in the same way.

The alternative, that scientists take lead, was an option for COVID-19. “Politicians could have at the start of the crisis completely passed over judgement about when lockdowns would be imposed and raised to an independent body,” say the researchers. But how this might have worked is hard to imagine.

Even in their advisory roles, the scientists involved have been subjected to an unprecedented level of scrutiny. The researchers also point out that while some scientists were acting as advisors to government, others were setting up alternative sources of advice, often in conflict with official recommendations.

This has forced the public to confront the uncomfortable reality that scientists do not always agree and can even be in conflict. When this happens, science can become dangerously politicized.

It’s not hard to think that a similar set of circumstances will emerge during a First Contact event. And that raises questions about the feasibility of a science-led response.

The most divisive question is likely to be whether to respond at all. There is no guarantee that an alien civilization will be friendly; it could represent an existential threat to humanity. On the other hand, contact could bring huge cultural, economic and technological benefits to humanity.

Hatfield and Trueblood conclude from all this that it is crucial that whoever ends up managing a First Contact event must have public legitimacy. “One possible way we believe this could be achieved is by having decision making driven by a team of scientists nominated by different jurisdictions (rather than nation states) with broad opportunities for consultation,” they say, adding that the ideal would be a publicly elected representative who already has experience with science.

Those kinds of individuals are few and far between. First Contact will be a huge event for humankind, one that unifies humanity in some ways and divides it in others. Our response, and the way it is handled, will influence our future in ways that are hard to imagine.

Our experience with COVID-19 should help us plan.