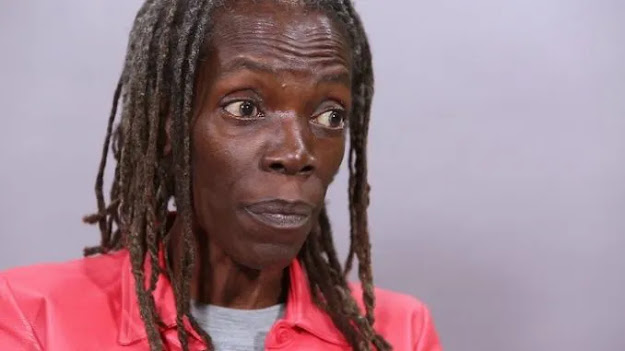 Portland City Commissioner Jo Ann Hardest, who calls protesters “the best of Portland” and blames police for being “out of control“, has demanded Mayor Ted Wheeler cede control of the Portland Police Bureau and give it to her.

Someone in Portland’s far-left government sees Wheeler for the ineffectual leader he is and wants to strip the role of commissioner of the Portland Police Bureau from him.

WesternJournal report: Hardesty blames the city’s violence on Wheeler and police officers, and not the hordes of angry vandals, arsonists and other miscreants.

She issued a statement last week demanding Wheeler’s powers as commissioner of the police department be ceded to her amid months of lawlessness.

But she isn’t hoping to take control of the department to restore order for the people in the city who are being held hostage by the perpetual chaos.

She wants control over the department so she can further nullify its powers to protect and serve the people of Portland.

Mayor @tedwheeler, I've had enough. If you can't control the police, give me the Portland Police Bureau. Full Statement below. pic.twitter.com/Xq4dkV2Tdr

“Last evening the best of Portland was on full display,” Hardesty said her statement. “On short notice, thousands of Portlanders came out to exercise our constitutional right to free speech and peaceful assembly.

“We had impassioned speakers sharing a variety of perspectives and opinions,” she said. “We lit candles. We sang. We danced with the incredibly talented Portland Hip Hop community. We talked about the work ahead and how we are going to re-imagine community safety.”

Hardesty went on to attack acting DHS Secretary Chad Wolf and federal agents, whom she referred to as “45’s goon squad,” before calling for the police department to be hers.

“I demand action right now,” she wrote. “Mayor Wheeler, if you can’t control the police, give me the Portland Police Bureau.”

Wheeler did not turn over the department to Hardesty after her July 18 letter, and tweeted on Monday that he would “continue to serve as Police Commissioner through this time of transformation.”

I will continue to serve as Police Commissioner through this time of transformation.

And I will continue to work with elected leaders from the County and the State to ensure that we are examining the criminal justice system as a whole.

Wheeler has also pledged to partially defund his own officers.

“This is our opportunity to reimagine every aspect of policing,” Wheeler said. “This is a time that calls for bold and, at times, as I’ve said, uncomfortable reforms.”

Hardesty at least agreed with Wheeler on that decision.

On the department’s now-former gun violence unit, Hardesty told Oregon Public Broadcasting, “They couldn’t find a gang member if they fell over one.”

But while Portland’s terrible leaders engage in infighting, citizens of the city are paying.

Journalist Andy Ngo, who reports from the city on social media nightly, does a very good job of documenting the turmoil in Portland.

The Oregonian reported that in the first 13 days of July, police in Portland had already responded to 42 shootings.

That is a dramatic spike, as Portland averaged 32 shootings in a month last year, never going over 40 in a month.

Now that federal agents are involved in battling nightly riots, Portland’s leaders want Wolf and other federal officials to leave the city.

Wolf, though, says that isn’t going to happen.

“I offered @DHSgov support to help locally address the situation that’s going on in Portland, and their only response was: please pack up and go home. That’s just not going to happen on my watch.” pic.twitter.com/BW8UdbNZ9c

Let’s get this right. “Protestors” imply they were peacefully exercising their 1st amendment rights. Instead, DHS officers were assaulted with lasers and frozen water bottles from violent criminals attempting to tear down federal property. 2 officers were injured. Facts matter. https://t.co/U2CdAT0c9G

While Democrats and the media attempt to mislead the country about the situation in Portland, President Donald Trump, Wolf and the agents on the ground are committed to protecting public property and restoring order, even if it means they have to subvert a pair of local officials engaged in a standoff about who is more woke.