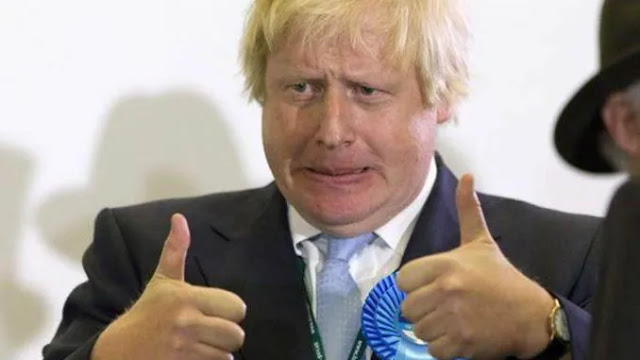 British prime minister Boris Johnson has unveiled new draconian lockdown rules which include ‘stay at home’ orders and powers to shut down transport.

During a press conference today Boris Johnson unveiled the toughest coronavirus lockdown powers so far, allowing ministers to seal off communities and order people to “stay at home”.

The Guardian reports: Mr Johnson acknowledged the draconian measures will be “hard going” for people caught up in them.

From August, employers will be able to discuss with staff proposals for them to return to offices and workplaces that have been made safe against Covid-19.

The Government is asking employers to behave in a socially responsible manner and listen to the concerns of staff who have problems accessing public transport, have special health worries, or are constrained by looking after children.

The guidance will give employers more discretion to decide whether employees should come into work or stay at home. “We are not prescribing what businesses should do,” said a government source.

Meanwhile, new powers to deal with Leicester-style local outbreaks of Covid-19 will be available to local authorities from tomorrow, while the most extreme powers will be set out in draft to Parliament next week.

The measures go beyond the extended lockdown being experienced by Leicester, which was imposed after a wave of cases in the city’s crowded centre. They will be subject to appeal routes and oversight to guard against misuse, but Mr Johnson was clear that they are necessary.

The Prime Minister said: “I know that it will be hard going for people affected by these local measures. It isn’t easy, and for some it may seem unjust that people just a short distance away can live their lives closer to normal.

“But it has to be right that we take local action in response to local outbreaks — there is no point shutting down Newcastle to contain an outbreak in Bristol.”

A huge increase in testing for the disease will be rolled out, with up to half a million tests a day being considered. Squads of health officials and tracers will be at readiness to swoop if a town or borough shows signs of getting out of control.

Downing Street says there is no new example of a Leicester-style outbreak at the moment. The powers are being taken now in preparation for the future, especially this winter, amid rising concerns that coronavirus will be a long-lasting problem.