Hollywood Celebs Still Lashing Out At Trump & His Supporters 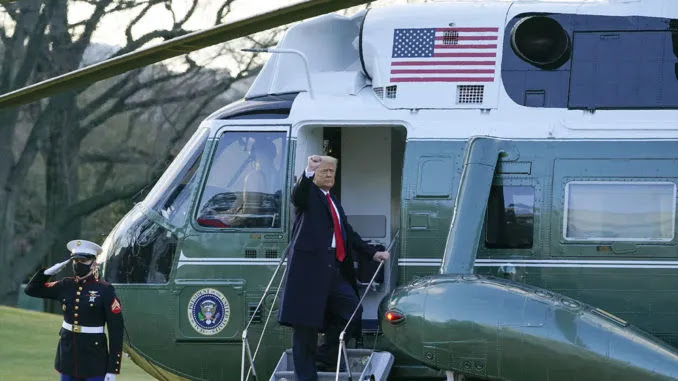 Some left wing Hollywood celebs are still lashing out at Donald Trump and his 74 million supporters as the commander in chief prepares to leaves the White House.

Michael Moore, Billy Eichner, Chelsea Handler, Bette Midler, and Jeffrey Wrightand are just some of the names who are posting online not only jubilant but some hate-filled messages jeering the outgoing president.

“Fuck Trump, fuck his whole family, fuck anyone that chose to work with him and fuck every single Trump voter” comedian Billy Eichner tweeted.

Michael Moore wrote: “We are now entering the final 24 hrs of this madness. We have all dreamed and prayed and worked for this day”

Breitbart reports: President Donald Trump will officially conclude his term on Wednesday as Joe Biden takes the oath of office. The president has stated that he won’t be in attendance at Biden’s swearing-in ceremony, though Vice President Mike Pence has said he will be present.

Though Joe Biden has urged “unity” and “healing” in recent weeks, his inauguration festivities have so far pointed to more division. The official celebrations have featured starring roles for actress Debra Messing — who has promoted physical violence against President Trump — and a musical ensemble called the Resistance Revival Chorus, which has smeared conservatives as “fascists.”

Adding to the spirit of rancor, Hollywood celebrities are now trashing President Trump and his supporters as he prepares to exit the White House.

Michael Moore tweeted that Trump “was the hidden face of the US, revealed to all. Never again!” He qualified his remarks by adding that Ronald Reagan and Richard Nixon were “more evil.”

Comedian Billy Eichner posted an angry, vulgarity-laden tweet in which he attacked the president, the first family, and the president’s more than 74 million supporters.

Comedian Lewis Black demanded that lawmakers impeach the president during his remaining hours in office.