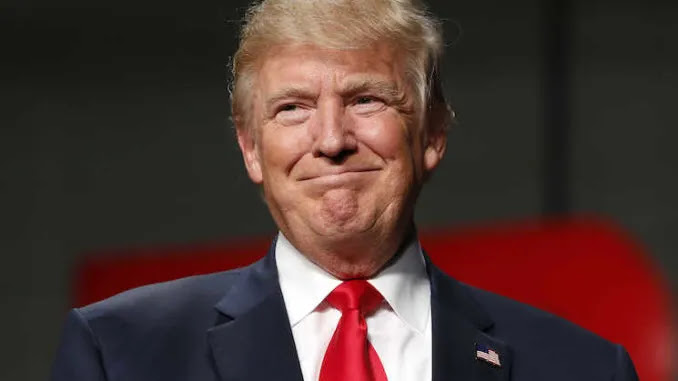 President Trump is laying the groundwork to launch a new social media platform that will allow free speech for everybody, according to reports.

Jason Miller, a senior adviser to the former President, revealed on Saturday that Donald Trump is working behind the scenes on creating an alternative to Facebook and Twitter that will not unconstitutionally filter or censor anybody’s speech.

“I would expect that we will see the president reemerge on social media,” Miller said on Sirius XM. “Whether that’s joining an existing platform or creating his new platform, there are a number of different options and a number of different meetings that they’ve been having on that front. Nothing is imminent on that.”

Breitbart.com reports: Asked about what a Trump social network—called something like “Trumper” or something similar—would look like, Miller was circumspect but said the former president is considering both joining existing new platforms or launching his own competitor to the tech giants in Silicon Valley.

“All options are on the table,” Miller said. “A number of things are being discussed. Stay tuned there because you know he’s going to be back on social media. We’re just kind of figuring out which avenue makes the most sense.”

Twitter, meanwhile, has made its ban of the former president’s account permanent. “I do not celebrate or feel pride in our having to ban @realDonaldTrump from Twitter,“ Twitter CEO Jack Dorsey wrote in a thread explaining his company’s move, adding, ”I believe this was the right decision for Twitter.”

Potential existing alternatives that Trump could join include Parler, who the then-president’s campaign officials reportedly met with last summer to discuss Trump joining the platform, or Gab, another platform that has successfully battled blacklisting by Silicon Valley and financial institutions. If Trump seeks to build his own platform, that would be a massive undertaking and require lots of investment and technological infrastructure. But with his personality and supporters—75 million Americans voted for him in 2020, the most votes a sitting president has ever gotten in history—fueling it, it could end up being successful.

“The tech companies are very dishonest about that and about free speech,” Trump told Breitbart News. “It could be a big problem for them at the appropriate time.”