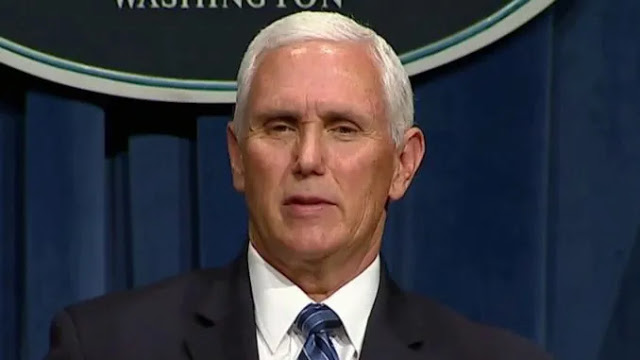 Vice President Mike Pence said that he does not support Democrat calls for a national mandate to wear face masks to fight the spread of the coronavirus.

His opinion matches that of President Trump who also voiced his opposition to a national mask mandate on Friday.

When asked if agreed with a national mandate, Trump said: “No, I want people to have a certain freedom, and I don’t believe in that”

“From the moment the president stood up to FEMA to coordinate our national response, we’ve taken the approach that our response to the coronavirus pandemic is federally supported, state-managed, and locally executed,” he said. “That federalism model is why we have been able to meet this moment, and it’s going to continue to guide our approach. Had we taken a one-size-fits-all approach from the beginning, we would have been in a very different place.”

Pence explained that since the beginning of the coronavirus pandemic, the White House Coronavirus Task Force took an approach that supported and empowered the states. That approach, he said, allowed the federal government to focus resources on areas needing assistance the most.

“The reason we’ve been able to deal with this pandemic, the reason we were able to respond first in the Northwest, then in New York, New Jersey, were the epicenter of the pandemic, then New Orleans, then Detroit, now the Sun Belt, is because we focused resources and supported mitigation that’s appropriate for the areas that have been impacted,” he said.

Pence frequently wore a mask on the Wisconsin trip as he delivered a campaign speech on the dangers of socialism, met local state officials, and toured a dairy farm while boarding and exiting Air Force 2.

“I just think it’s always a good idea to wear a mask wherever state and local officials say it’s warranted and you can’t practice social distancing,” he said when asked about the science behind his decision to wear a mask.

The vice president said he would continue to support governors in their coronavirus-related decisions for their states.

“Our attitude about going forward is to support decisions that are made by governors, believing that they know what’s best not just by a statewide basis, but on a county-by-county basis,” he said.