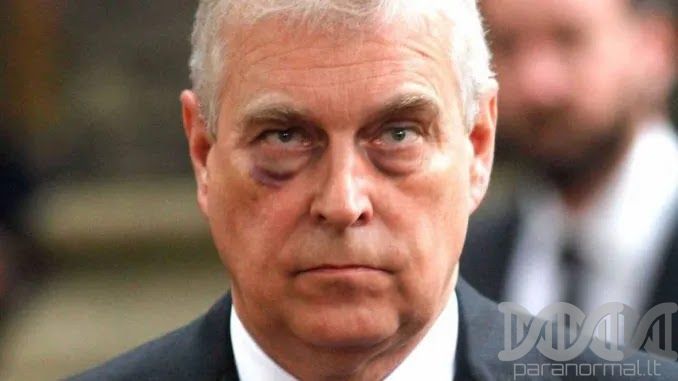 The Department of Justice (DOJ) has demanded that Prince Andrew be forced to answer questions about his links to pedophile child trafficker Jeffrey Epstein with US police.

The DOJ sent the British government a formal notice that the Duke of York is now part of a criminal investigation. Despite Prince Andrew’s denial of any wrongdoing, U.S. authorities still want to question him over his role in Epstein’s child sex trafficking network.

In a stunning move, the U.S. have bypassed Buckingham Palace by filing a ‘mutual legal assistance’ request to the Home Office last month, according to reports.

Such requests are only used in criminal cases under a legal treaty with the UK.

Metro.co.uk reports: That could force the Royal to appear as a witness in a UK court within months – either voluntarily, or by being summoned from the US’s DOJ. A source told The Sun: ‘It’s a huge statement of intent from the US and it moves Andrew into the realms of a criminal investigation. It’s also frankly a diplomatic nightmare.’

A source close to the Duke’s legal team told Metro.co.uk this evening: ‘Legal discussions with the DOJ are subject to strict confidentiality rules, as set out in their own guidelines.

‘We have chosen to abide by both the letter and the spirit of these rules, which is why we have made no comment about anything related to the DOJ during the course of this year. We believe in playing straight bat.’

Virginia Giuffre, who claims she was trafficked by Epstein, said in an interview with BBC Panorama that she was left ‘horrified and ashamed’ after an alleged sexual encounter with Andrew in London in 2001. Prince Andrew categorically denies he had any form of sexual contact or relationship with Ms Giuffre.

Late last month it emerged that he was permanently retiring from royal duties following the Epstein scandal.

Andrew has previously suggested he is ‘more than happy to talk to the FBI’ and rebuffed claims he has not co-operated with the inquiry in America.

He has also defended a car-crash interview with the BBC’s Emily Maitlis in November, when he claimed he did not sweat and faced accusations of a lack of empathy with Epstein’s victims.

Buckingham Palace told Metro.co.uk that the story was a matter for Prince Andrew’s legal team.