BOMBSHELL: Prince Andrew LIED to BBC; He Spent Hours at Pedophile Epstein’s ‘House of Horrors’ According to Investigation 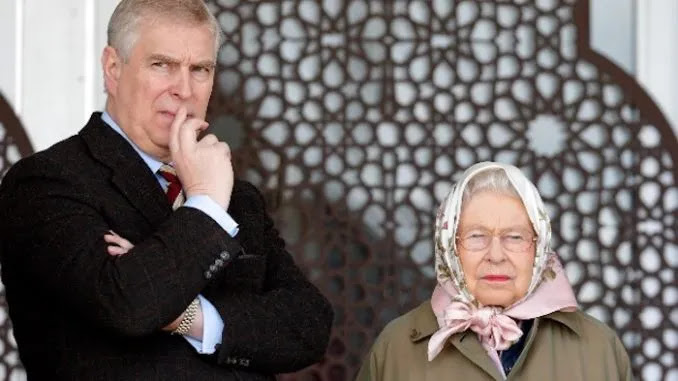 Prince Andrew lied to the BBC about his stay at pedophile billionaire Jeffrey Epstein’s New York ‘House of Horrors‘, according to investigators.

An investigation by British newspaper the Daily Mail reveals that The Duke of York was indeed a guest at the pedophile’s Manhattan home in April 2001, raising questions about other lies he may have told during his infamous interview with the BBC last year.

The Duke, 60, declared to BBC Newsnight’s Emily Maitlis last year: “I wasn’t staying there. I may have visited but definitely didn’t, definitely, definitely no, no, no activity.”

Dailymail.co.uk reports: But a Mail investigation has discovered both the duke and a Scotland Yard bodyguard did spend a night at Epstein’s townhouse, the largest in the city.

It was during this three-day trip to the United States that the prince’s accuser, Virginia Roberts, alleges she slept with the father-of-two for a second time after a previous encounter in London – claims the duke has always vehemently denied.

Well-placed sources have confirmed Andrew stayed at Epstein’s £60million home on the final night of his pre-Easter visit to the US in 2001 ‘to save taxpayers’ money’. But the insiders stressed that neither Epstein, British socialite Ghislaine Maxwell nor Miss Roberts were at the property at the time.

An official itinerary seen by the Daily Mail shows that the duke spent the first night of his US trip at the residence of the British consul general in New York, then flew to Boston for 24 hours, before returning to New York where he slept ‘at a private address’.

That address was Epstein’s home near Central Park, the sources have confirmed.

Our investigations have also uncovered a gap of a few hours set aside in New York for what was called ‘Private Time’ in the duke’s confidential tour itinerary.

Andrew has not been able to explain what he was doing during this time but Miss Roberts and another Epstein ‘masseuse’ have both said they met him in the city.

Miss Roberts, now a mother of three living in Australia, claims she was trafficked by Epstein to have sex with the duke on three occasions in 2001, including in New York around Easter that year, when she was 17.

Andrew strongly denies all her allegations and says he cannot even recall meeting her, despite the pair being apparently pictured together at Miss Maxwell’s London home on March 10, 2001.

The duke is alleged to have had sex with Miss Roberts in New York at the same time he was accused of a bizarre groping incident involving a ‘Spitting Image’ puppet and another young female at Epstein’s mansion.

The other woman, Johanna Sjoberg, has not alleged any improper conduct by Andrew.

When asked by Miss Maitlis on Newsnight about Miss Sjoberg’s Spitting Image account, the prince seemed to concede that he might have visited the property.

Andrew told her: ‘I probably did…because of what I was doing I was staying with the consul general which is further down the street on Fifth so I wasn’t…I wasn’t staying there. I may have visited but definitely didn’t, definitely, definitely no, no, no activity.’

Details of how the prince gave an inaccurate account of his New York sleeping arrangements during his bumbling BBC interview follow a major investigation by this newspaper into the claims made against him by Miss Roberts.

Today we reveal the key findings from our probe into Andrew’s trip to the city. This includes:

On Saturday – in the first part of our exclusive four-part series on the case – we exposed new doubts over the prince’s extraordinary ‘alibi’ that he was at a party at Pizza Express in Woking, Surrey on the day he allegedly first slept with Miss Roberts in London. We revealed that according to a family diary, the duke had booked a manicure at home on the afternoon he says he dropped off Princess Beatrice at the party and that neither she nor the party hosts can recall if he attended.

But our investigation also raised questions about the accuracy of Miss Roberts’ claims that she went clubbing in London with the duke that evening and her description of the bath tub where she says they later had sex.

The Mail asked Andrew’s spokesman a series of questions about his trip to New York in April 2001 and the allegations made by Miss Roberts.

A spokesman for the duke said: ‘It would not be appropriate to comment on any of these matters.’

Miss Roberts’s representatives in New York have not responded to repeated requests to comment.