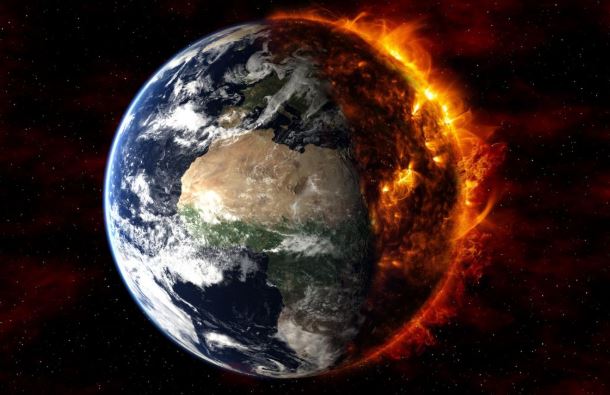 (Paranormal) Earth could be facing a ghastly future that could eventually threaten human survival because of the ignorance and inaction of world leaders.

That, in a nutshell, is the summary of a report published on Jan. 13 in the journal Frontiers in Conservation Science. With over 150 studies to work with, 17 scientists from Australia, Mexico and the U.S., including Paul Ehrlich from Stanford University in California, warned that the planet is in a far worse state than experts understood.

The report underscored three major issues that have put the planet in such a state: the destruction and loss of the world’s plants and animals on an unprecedented scale; the exponential growth of the human population and the demand on global resources; and climate disruption due to environmental changes caused by humans.

Ehrlich and his colleagues also pointed out that although these issues are grounded in science, people still fail to grasp their magnitude. Moreover, some of our leaders’ pursuit of wealth and political interests – in other words, ignorance and short-term self-interest – prevent them from taking action to curb these issues.

Without understanding the scale of the problems, and identifying and implementing solutions, society will likely fail to achieve even modest sustainability goals, the authors wrote.

Thus, scientists need to “speak out candidly and accurately” when informing leaders or authorities of the scale of these pressing environmental issues and detailing the solutions needed.

The authors of the report did not mince words when they said that humans are facing a sixth major extinction. They defined extinction as a loss of roughly 75 percent of all plant and animal species on the planet.

Throughout recorded history, at least five major extinction events have already occurred. The most recent one took place 66 million years ago, towards the end of the Cretaceous period. Experts noted that the extinction rate since then has been 0.1 extinction per year, if one followed the fate of one million species.

However, experts who analyzed recorded vertebrate extinctions since the 16th century found that the current rate actually stands at 1.3 extinction per year. This is more than 15 times the initial rate.

And there is evidence that puts that scale into perspective. For instance, the France-based conservation group International Union for Conservation of Nature (IUCN) said that roughly 20 percent of all species will face extinction over the next decades. That corresponds to an extinction rate that exceeds the current one.

In May 2019, the United Nations (UN) released a report on Nature’s unprecedented and dangerous decline. It found that about one million plant and animal species are now threatened with extinction. “Biodiversity and nature’s contributions to people are our common heritage and humanity’s most important life-supporting ‘safety net.’ But our safety net is stretched almost to breaking point,” said co-author Sandra Diaz of Argentina’s National University of Cordoba.

Moreover, Ehrlich and his colleagues pointed out that the global population has doubled since 1970. Today, it stands at nearly 7.8 billion and is projected to increase to 9.9 billion by 2050.

Population growth is an important issue to look at because more people means more food and resources used. In fact, due to the massive increase in global population, experts estimate that about 700–800 million people are starving, while another one to two billion are malnourished.

More people also means more waste, which leads to worse pollution. In addition, a large population is more likely to have pandemics that fuel more hunts for resources.

To cope with the demand for resources to feed and house a booming population, more than a third of the land surface globally and nearly 75 percent of freshwater resources are devoted to crop or livestock productions.

Humans have also begun harvesting resources at a much larger scale. Every year, about 60 billion tons of both renewable and nonrenewable resources are extracted globally.

Overall, the authors hope that their report, though distressing, will provide world leaders with a better perspective about the state of the planet.

“That we are already on the path of a sixth major extinction is now scientifically undeniable,” they wrote. Still, it may not be too late to turn things around. Leaders can start working towards healing the planet by making fundamental changes to resource management.

Learn more about biodiversity loss, frequent flooding and other environmental issues at Environ.news.