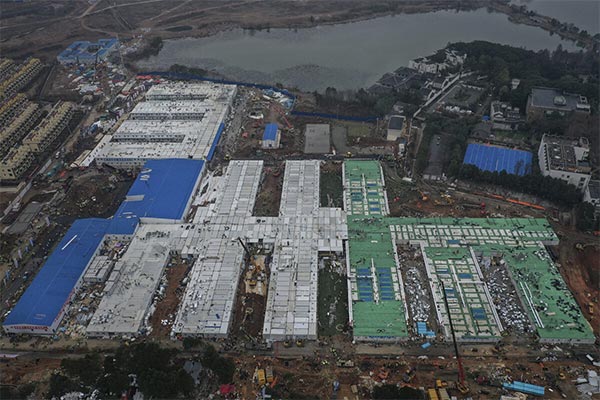 International travels who try to enter Canada from elsewhere are learning the hard way that Justin Trudeau’s henchmen are ready and waiting to throw them into Wuhan coronavirus (COVID-19) internment camps straight from the airport.

This is what happened to 34-year-old Steve Duesing, who upon arriving in Toronto from Charlotte was told that he would have to quarantine for three days at a camp or be arrested and taken to jail.

“I’m in one,” the Scarborough man told the Toronto Sun, contradicting the official narrative that there are no internment camps for the Chinese virus in Canada.

“I was told when I arrived (at Pearson International Airport) Sunday night from Charlotte that it was either three days quarantine or go to jail,” he further explained.

Duesing says he was escorted via shuttle bus straight from the airport to a nearby Radisson Hotel, located on Dixon Road, where he was ordered to stay confined in his room, with guards perched outside to ensure he would.

“I am not allowed to leave the room,” Duesing indicated. “There is a guard at the end of the hall.”

Before being forcibly hauled off to the ninth floor of the Radisson, Duesing was forced to get tested for Chinese germs. A cotton javelin possibly containing a secret vaccine was thrust into Duesing’s nose or anus, after which he was forced to just wait in solitary confinement for the results.

“I was told I can’t order in food,” Steve told reporters on the phone as he looked outside down into the parking lot where there was a Tim Hortons, a Harvey’s, a Subway, and a Swiss Chalet.

Coronavirus is a cover to destroy your civil liberties, make you a government slave

While still in North Carolina visiting a friend, Duesing paid $130 to get a Chinese virus test, to which he tested negative. Upon arrival in Canada, however, Duesing was forced to get tested again because those are the “rules.” And part of those rules apparently allows people to be imprisoned against their will because Chinese germs are just too darn scary to continue allowing freedom and liberty.

“It feels like that,” Duesing said about his jail-like experience living in the Radisson. “I don’t have any say in it.”

The Public Health Agency of Canada was unhappy with the “rapid test” results that Duesing procured upon arrival in Toronto and demanded he take another. In the meantime, he was forcibly detained without probable cause of any crime.

“I was escorted by police to a shuttle bus and taken to this hotel, which is fenced off from the public,” Duesing indicated, noting that the facility had a detention center feel to it. The facility was wrapped in a protective barrier, preventing anyone from coming or going without an escort.

“It’s a lonely, solitary existence,” Duesing lamented. “I should be allowed to leave at 10 pm tonight (Tuesday).”

Even the Toronto Sun was forced to admit that this type of setup hardly fits a supposedly free country. Writer Joe Warmington added that it also “seems punitive,” as if Duesing had committed some kind of crime simply for existing as a potential “carrier” of the Chinese virus.

“If he had a fever or cough, perhaps precautionary measures of some kind could be taken,” Warmington writes, recognizing that this has all gone way too far. “But taking away someone’s liberty is obscene. It feels like a violation of basic human rights in a country that purports to champion such freedoms.”