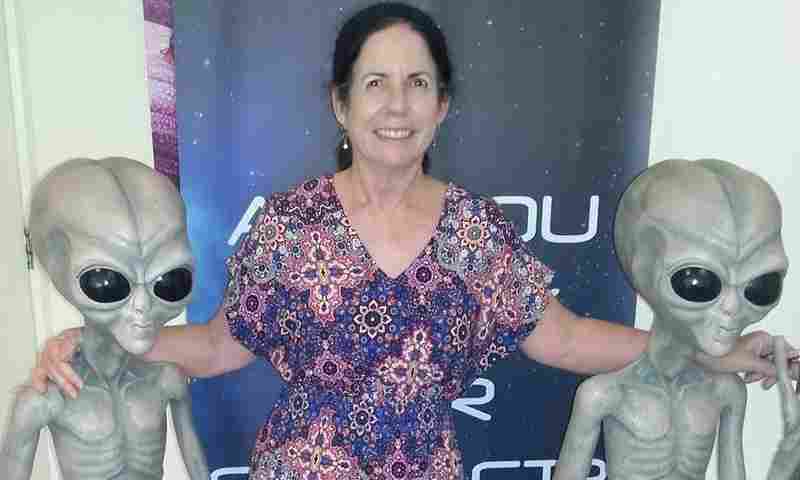 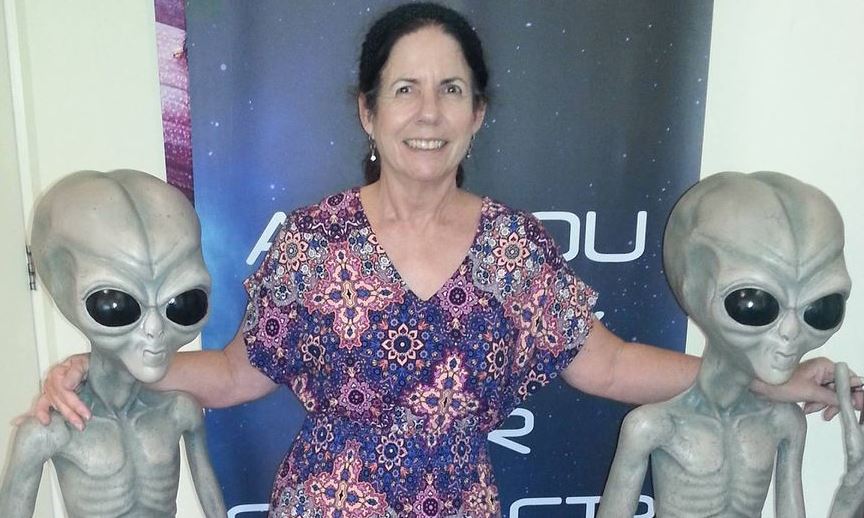 64-year-old Judy Carroll from Brisbane (Australia) claims to have interacted with the “Gray” aliens from an early age. For several years now, Judy has been giving interviews to various media in an attempt to tell about herself to as many people as possible.

Judy claims that she is a so-called hybrid child, because her pregnant mother was abducted by aliens and implanted in the embryo alien DNA.

According to Judy, she often saw the Grays when she was little, later they suddenly disappeared, but in 1983 they showed up again and since then she regularly meets with them.

She describes the grays as typically large-headed humanoids with pale gray skin, short stature, with huge teardrop-shaped black eyes and a tiny mouth that is almost atrophied and therefore does not move their jaws.

Everything inside their ship was pure white with beautiful arches and a streamlined shape without sharp corners.

The aliens also taught Judy to meditate in order to be constantly in touch with them on a mental level. One of the aliens named Maris became her “spiritual teacher”.

This same Maris allegedly was able to cure Judy of several serious illnesses with the help of his treatment methods. Including he solved the problems with her jaws. Allegedly due to the fact that she is half gray, and the grays have fixed jaws, she also had difficulties opening and closing her mouth.

Judy says that people should not be afraid of aliens, because they only help humanity to reach the desired level of development and they do it solely because they are worried about us and cannot leave people to their fate.

It is reported that one day Judy’s husband, Charlie, accidentally saw the Gray Alien next to his wife while Judy was sitting and meditating. It was after this that Judy decided to tell all people about her experience and write a book with her story.