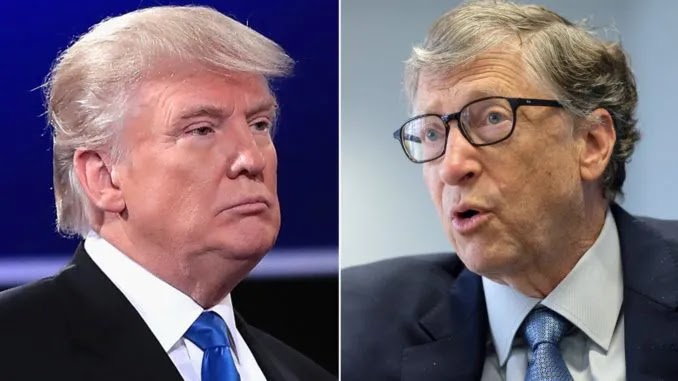 Bill Gates has expressed his disappointment over President Trump’s decision to remove the US from the World Health Organization.

Last month the President announced that the US was “terminating its relationship” with the WHO, accusing them of misleading the world after being put under pressure from China.

According to the philanthropist Mr Gates however, the agency is critical to the global effort to eliminate polio, as well as in responding to to future epidemics.

He said “WHO is important for all the global health work that we do…..Everyone should make sure that if we need to improve the WHO, that’s what we do, but that we stay together.”

Stat News reports: Gates said he hasn’t spoken to Trump yet about the WHO withdrawal announcement, but may do so in the future. He added that he hoped Trump’s decision could be walked back.

“I’m hopeful it’ll turn into a desire for improvement rather than a withdrawal,” he said.

Gates met with reporters to discuss the Bill and Melinda Gates Foundation’s five-year, $1.6 billion commitment to Gavi, the Vaccine Alliance.

In the 20 years since it was created, Gavi has helped to vaccinate 760 million children. Gates said the organization is the single largest recipient of his foundation’s funding.

“The devastating impact of Covid-19 is a huge reminder of how vulnerable we are to disease,” he said. “Right now, we’ve got billions of people in lockdown because we don’t have a vaccine or cure for Covid-19.”

The Gates Foundation on Thursday also pledged $100 million to a separate fund Gavi has created to finance the purchase of Covid-19 vaccines for low- and middle-income countries. Of that amount $50 million is new funding; the remaining money was pledged in May.

The money is being contributed to Gavi’s advanced purchasing commitment, a tool to incentivize vaccine manufacturers to ensure access for low- and middle-income countries to eventual Covid-19 vaccines. Gavi is initially hoping to raise $2 billion to purchase vaccines for health worker and other high-risk individuals.

“The world needs to work together to develop safe and effective vaccines and make sure that we scale up the manufacturing so we can get them out to those who need them the most — not just those who can pay the most,” Gates said.

In responding to the president’s WHO announcement, Gates raised concerns about the impact on the U.S. commitment to eradicate polio. About one-third of the funding the U.S. contributes to the global health agency supports the polio eradication effort, which the WHO leads. Other partners in the effort are Rotary International, the Centers for Disease Control and Prevention, UNICEF, and the Gates Foundation.

“How would you do it without WHO?” Gates mused. “In the case of polio, I can’t imagine how that would work.”