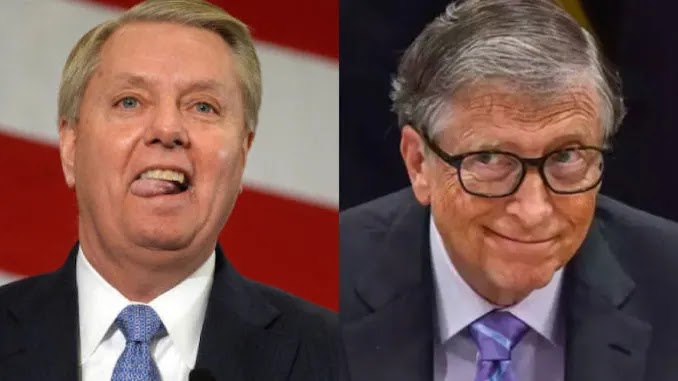 The World Health Organization (WHO) needs new leadership and billionaire philanthropist Bill Gates is the man for the job, at least according to Sen. Lindsey Graham, who says he has “great respect” for Gates and his work.

“What I want to see [is] a change of leadership because I think they conspired with China to downplay the nature of the virus,” Graham, a member on the Senate Appropriations Committee, said during an April appearance on ABC’s The View.

“They reported all through January there was no evidence of human-to-human transmission. I’ve lost confidence. The money that’s being suspended will go to other people throughout the world to deal with health issues.“

“The WHO has great scientists, but it’s lost confidence — I’ve lost confidence in the leadership. So a guy like Bill Gates — if Bill Gates was in charge of the WHO, I would double the funding because I think we need a WHO, but he’s not,” he added.

WashingtonExaminer reports: Gates, whose philanthropic foundation is the second-largest donor to the WHO behind the U.S., pledged a contribution of another $150 million with his wife, Melinda Gates, to the organization on Thursday to help fight the coronavirus pandemic.

This came one day after Bill Gates rebuked the president’s decision to defund the organization, which prompted some criticism from Graham.

“Halting funding for the World Health Organization during a world health crisis is as dangerous as it sounds. Their work is slowing the spread of COVID-19 and if that work is stopped no other organization can replace them. The world needs @WHO now more than ever,” the billionaire tweeted.

“I have a lot of respect for Bill Gates and his work in the public health arena. The Gates Foundation, under Bill and Melinda’s leadership, has a reputation for investing in programs which are well-run and produce results,” Graham said in reply. “However, Bill Gates’s decision to defend the performance of the WHO during the coronavirus crisis and current WHO leadership ignores overwhelming evidence of China bias and incompetence.”

Gates has long espoused his belief that modern societies are not prepared for a pandemic and on Sunday wrote that there needs to be “at least eight potential vaccines for Covid-19” in an editorial for the Sunday Telegraph.

U.S. officials and lawmakers have repeatedly raised questions about whether the WHO is being unduly influenced by the government in China, where the COVID-19 outbreak originated. WHO Director-General Tedros Adhanom Ghebreyesus said that WHO officials “regret” Trump’s decision to halt funding. Tedros has repeatedly praised China’s response, including after a meeting with Chinese President Xi Jinping in Beijing in late January. Source