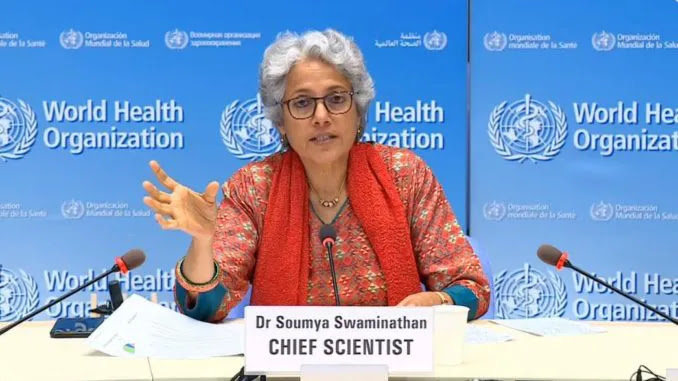 According to the WHO people who receive the vaccine should continue wearing masks and continue to follow all the social distancing and travel guidelines.

So does that mean the vaccines don’t really work?

Zero Hedge reports: The comments were made by WHO chief scientist Soumya Swaminathan during what appears to have been a virtual press conference held Monday.

A clip of the offending line has begun circulating on social media.

“At the moment, I don’t believe we have the evidence on any of the vaccines, to be confident that it’s going to prevent people from getting the infection and passing it on,”

Of course, a close look at the research released by Pfizer and Moderna shows the studies haven’t actually tested whether the vaccines actually prevent transmission of the virus; the goal of the trials was to see whether vaccinated patients presented with COVID symptoms at a rate that was substantially less frequent than individuals who hadn’t been vaccinated. That’s pretty much it. Though the data might hint at lowering transmission rates, that’s still tbd, apparently.

The doctor went on to explain that there’s no evidence to suggest that those who have been vaccinated wouldn’t be a risk if they traveled to a foreign country, say Australia, with relatively low COVID rates.

At this point, it might be helpful for the WHO to produce some kind of clarification that either offers substantially more context to explain this remark.

But we suspect they won’t.

Why? Well, perhaps because that context might undermine certain government officials’ insistence that there’s absolutely no reason to question the efficacy, and potential side effects (both long-term, and short) tied to the new COVID-19 vaccines.