Black Approval for Trump Surges to Over 40% Despite Negative Media 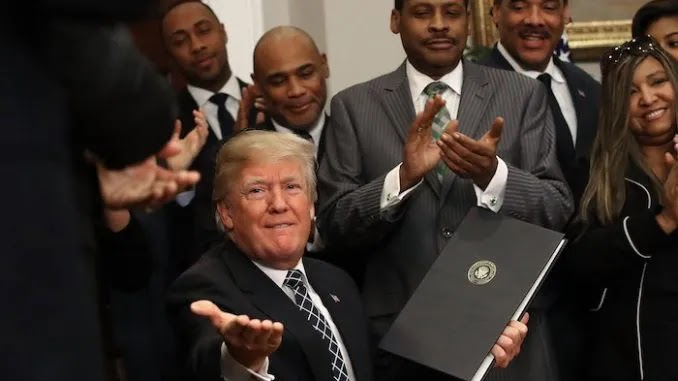 Despite the riots over police brutality and constant negative press by the Trump-hating media, Rasmussen has indicated that black approval for the job President Trump is doing is now over 40%.

The full results of the poll is yet to be published, but the number suggests that the mainstream media’s relentless campaign to blame Trump for the riots has failed abysmally.

Summit.news reports: For comparison, back in August 2019, Rasmussen’s numbers showed black support for Trump hovering at around 26%.

With the economy starting to bounce back and May seeing a record 2.5 million jobs added, the numbers will be encouraging for Trump, who as recently as last month saw his overall job approval job sink to a two-year low.