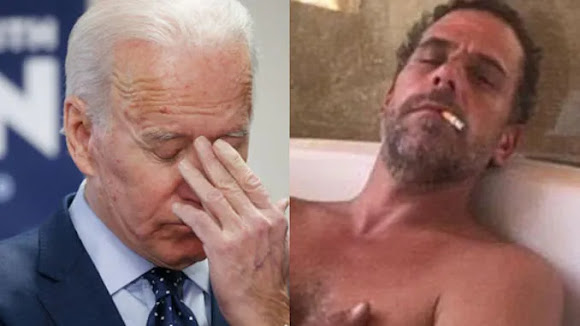 A Department of Justice (DOJ) official has confirmed that an FBI criminal investigation into Hunter Biden is currently “open and active.”

The DOJ official confirmed to Sinclair investigative reporter James Rosen that the FBI launched a criminal probe into Biden and his associates back in 2019.

The investigation is focussed on money-laundering and Hunter Biden’s shady business dealings.

EXCLUSIVE: A @TheJusticeDept official confirms that in 2019, the @FBI opened up a criminal investigation into "Hunter Biden and his associates," focused on allegations of money-laundering, and that it remains open and active today. More very soon on your @WeAreSinclair stations.

Rosen also spoke with a central witness in these allegations, which suggests that former vice president Joe Biden knew more than he has acknowledged about his son’s overseas dealings.

“The compromise they have is that in documents that have been well provided to the Senate, to Congress, to the Department of Justice via the FBI that CEFC was effectively loaning money directly to the Biden family.”

“My impression was everyone in that room was aware of the sensitivity of the parties involved and potential multiple impacts to this country and every citizen living in it.”

“I can only imagine to the extent that the Chinese communist party has information on the Biden family and their business dealings. Other business dealings that occurred in Romania, Khazakstan, Georgia, Monaco and the Middle East, and then obviously topping off in Russia.”