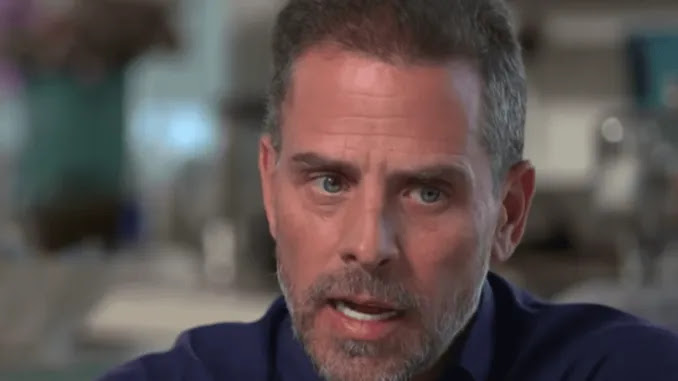 Hunter Biden and his business associates are under an active FBI criminal investigation focussed on money laundering, a Department of Justice official has confirmed to Sinclair Broadcast Group.

Sinclair investigative reporter James Rosen has also spoken with a central witness in these allegations, which suggests that former vice president Joe Biden knew more than he has acknowledged about his son’s overseas dealings.

Tony Bobulinksi was thrust into the national spotlight on the evening of the final presidential debate.

EXCLUSIVE: Tony Bobulinski tells @WeAreSinclair he was questioned by six @FBI agents, with counsel present, for five hours on October 23, listing him as a "material witness" in an ongoing investigation focused on Hunter Biden and his associates. His cell phones were examined. pic.twitter.com/5lPzRTREJN

FoxIllinois report: It was on that night the former business associate of Hunter Biden claimed Democratic nominee Joe Biden knew about his son taking payments from Chinese and Ukrainian companies and strongly suggested he got a kickback.

Bobulinksi discussed why he feels if elected, Biden would be compromised by the Chinese government and much more in an exclusive interview with Rosen.

“The compromise they have is that in documents that have been well provided to the Senate, to Congress, to the Department of Justice via the FBI that CEFC was effectively loaning money directly to the Biden family,” said Bobulinksi.

Bobulinksi said he was first introduced to the former vice president in May 2017 by Hunter and Jim Biden in Beverly Hills, California.

JUST IN: Officials confirmed the FBI opened up a criminal investigation into Hunter Biden and his associates back in 2019 and that the probe remains active.https://t.co/AZWHycEG8F

He claimed they talked about the Biden family business plans with China, despite the Democratic nominee on several occasions denying he had any involvement, including the final presidential debate when Biden said, “I have not taken a penny from any foreign source ever in my life.“

A veteran of the United States Navy, Bobulinksi held a top-secret security clearance for several years.

EXCLUSIVE: Tony Bobulinski tells @WeAreSinclair he was questioned by six @FBI agents, with counsel present, for five hours on October 23, listing him as a "material witness" in an ongoing investigation focused on Hunter Biden and his associates. His cell phones were examined. pic.twitter.com/5lPzRTREJN

When asked if China may be in possession of any potential evidence that could help shed light on these claims, Bobulisnki said the country might have information on the Biden’s business dealings across the entire globe.

“I can only imagine to the extent that the Chinese communist party has information on the Biden family and their business dealings. Other business dealings that occurred in Romania, Khazakstan, Georgia, Monaco and the Middle East, and then obviously topping off in Russia,” said Bobulinksi.

Now do you understand?
They impeached Trump on Ukraine to protect Biden

Bobulinksi said he decided to speak out publicly when he heard Rep. Adam Schiff, D-Calif., and other Democrats who suggested these allegations were part of a Russian disinformation campaign.

Before that, Bobulinksi noted it was the impeachment proceedings against President Donald Trump that was the spark that made him want to gather his information and provide it to the authorities.