BOMBSHELL: After 4 Years of Stonewalling, FBI Finally Admits They Have Seth Rich’s Laptop 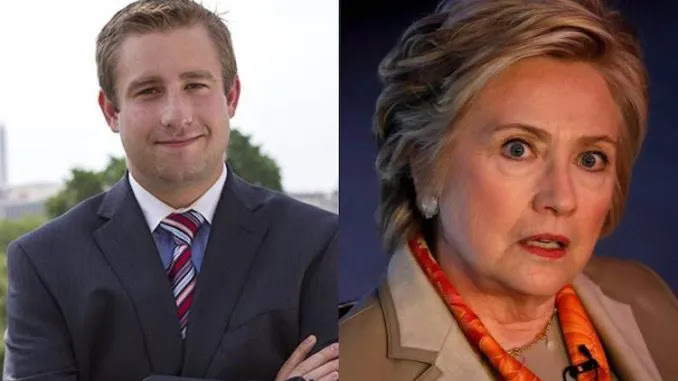 The FBI has just admitted that it has Seth Rich’s laptop – the DNC staffer murdered in 2016.

According to a bombshell email posted at Lawfrog.com and sent to attorney Ty Clevenger, the FBI now admits the following:

FBI has completed the initial search identifying approximately 50 cross-reference serials, with attachments totaling over 20,000 pages, in which Seth Rich is mentioned.  FBI has also located leads that indicate additional potential records that require further searching. . . . FBI is also currently working on getting the files from Seth Rich’s personal laptop into a format to be reviewed. As you can imagine, there are thousands of files of many types. The goal right now is to describe, generally, the types of files/personal information contained in this computer.

After more than four years of repeated denials from the FBI that they had any records about Seth Rich, the truth finally begins to emerge.

It was David Hardy, a FBI Senior official, who put that denial in writing in September 2017.

Hardy was the Section Chief of the Record/Information Dissemination Section (“RIDS”), Information Management Division (“IMD”),1 Federal Bureau of Investigation (“FBI”), in Winchester, Virginia. He stated under oath that the FBI had no records on Seth Rich:

(19) CRS Search and Results. In response to Plaintiff’s request dated September 1, 2017, RIDS conducted an index search of the CRS for responsive main and reference file records employing the UNI application of ACS. The FBI searched the subject’s name, “Seth Conrad Rich,” in order to identify files responsive to Plaintiff’s request and subject to the FOIA. The FBI’s searches included a three-way phonetic breakdown5 of the subject’s name. These searches located no main or reference records responsive to Plaintiff’s FOIA request.(9) By letter executed on November 9, 2017, OIP advised Plaintiff it affirmed the FBI’s determination. OIP further advised Plaintiff that to the extent his request sought access to records that would either confirm or deny an individual’s placement on any government watch list, the FBI properly refused to confirm or deny the existence of any such records because their existence is protected from disclosure pursuant to 5 U.S.C. § 552(b)(7)(E). . .

Thegatewaypundit.com reports: In his 2018 declaration, Mr. Hardy also testified under oath that the Metropolitan Police Department in D.C. was solely responsible for investigating Mr. Rich’s murder.

Now we learn that not only does the FBI have more than 20,000 pages relevant to the search term, “Seth Rich,” the FBI still has Seth Rich’s laptop computer.

The FBI collects and retains evidence of federal crimes. It also has responsibility for counterintelligence matters. I can understand the FBI collecting Seth Rich’s computer as possible evidence after he was murdered. It would have been entirely appropriate to investigate whether or not Rich was in contact with Wikileaks. The FBI only retains evidence on an active, open case.

But the FBI has insisted for more than four years that it was never involved actively in the investigation of Seth Rich’s murder and that it never opened a case. That lie is now exposed.

What is even more troubling is the fact that the FBI still holds Seth Rich’s computer. If their investigation turned up nothing then the the computer would have been returned to the Rich family. The laptop is still with the FBI. It is now clear that the FBI did open a case regarding the murder of Seth Rich and whether he was a source for the DNC dump to Wikileaks. And that case remains open.

Today’s disclosure from the FBI supports the claim of renowned investigative journalist, who testified in a recent deposition:

that one of his sources had received information from an FBI report stating that Seth Rich had leaked emails to Wikileaks, requested payment and made copies of the emails as a precautionary measure.

After four years of stonewalling, the FBI is now starting to come clean and admit to its previous lies. Why now? If the FBI was confident that Joe Biden and friends would take over in January, they could have continued to lie. Today’s revelation means the FBI is now trying to get ahead of revelations to come. The importance of this development extends beyond the case of Seth Rich and his alleged role in the leaking of DNC emails.