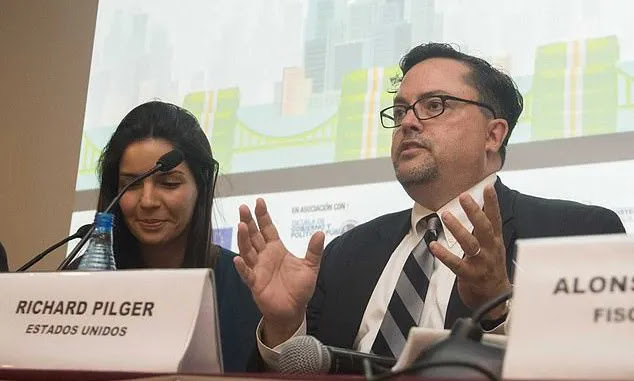 The director of the Election Crimes Branch of the Department of Justice (DOJ) resigned after Attorney General William Barr authorized federal prosecutors across the U.S. to investigate ‘substantial allegations’ of voting irregularities.

Richard Pilger, who oversees investigations of voter fraud, stepped down within hours of Barr’s announcement in a memo on Monday.

Guess who was in charge of voter fraud investigations at DOJ? Richard Pilger.

Same hack who colluded with Lois Lerner under Obama to target conservatives and tea party through the IRS! When asked to look into fraud now, he resigned!

He has even accused the official of being a member of the ‘Deep State’.

The Mail Online reports: He wrote: ‘Wait. Seriously? Isn’t this the guy who was involved with the IRS and Lois Lerner in targeting conservatives and the Tea Party? Maybe that’s why he hasn’t done s**t at DOJ. #deepstate’

Wait. Seriously? Isn’t this the guy who was involved with the IRS and Lois Lerner in targeting conservatives and the Tea Party? Maybe that’s why he hasn’t done shit at DOJ. #deepstate

Trump Jr’s tweet refers to a scandal known as the ‘IRS targeting controversy’, when the department began targeting new tax-exempt groups following a 2010 Supreme Court ruling that allowed them to funnel money into politics.

An investigation into the scandal revealed that groups with ‘Tea Party’ and associated terms in their names had been put on an IRS list that singled them out for extra scrutiny, leading to accusations of bias.

Lois Lerner, then head of the tax-exempt division at the IRS, had spoken with Richard Pilger over email in 2010, during his first year as head of the election crimes branch of the DoJ.

In the exchange – which came shortly before the midterm elections – they spoke about the possibility of prosecuting groups for abusing their tax-exempt status.

The pair also met around the same time – a meeting was later scrutinized in Congress. Lerner eventually pleaded the Fifth.

Pilger submitted his resignation Monday evening shortly after his boss, Barr, announced the unprecedented federal support for the election investigations – a move which would delight Donald Trump.

In his resignation email, Pilger said Barr’s memo was ‘an important new policy abrogating the forty-year-old Non-Interference-Policy for ballot fraud investigations in the period prior to elections becoming certified and uncontested.’

He said his resignation was ‘in accord with the best tradition of the John C. Keeney Award for Exceptional Integrity and Professionalism (my most cherished Departmental recognition).’

Barr’s memo angered legal experts, who pointed out that any issues around voting are handled at the state level and should not be considered a federal matter.