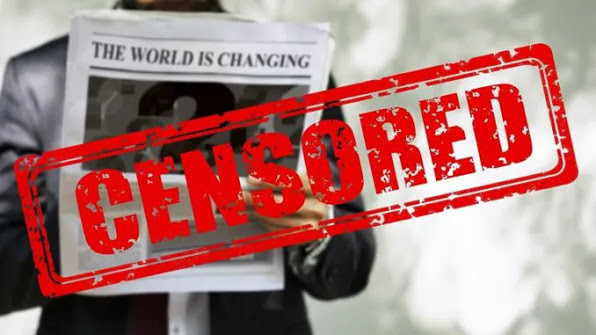 (Paranormal) International outcry has been increasing as big tech censorship gets underway.

The move has triggered fierce debate about where the balance lies between a tech company’s right to censor users who breach their content policies versus an individual’s right to freedom of expression.

Political leaders from all part of the world have voiced their concern at the unchecked power of Big Tech giants following their purge of President Donald Trump.

“The chancellor sees the complete closing down of the account of an elected president as problematic,” said Steffen Seibert, chief spokesman of the German chancellor, at a recent press conference in Berlin.

French political leaders also voiced their opposition. The finance minister of France, Bruno Le Maire, condemned what he called a “digital oligarchy,” calling it “one of the threats” to democracy.

“There needs to be public regulation of big online platforms,” said Le Maire.

And Clement Beaune, the French junior minister for European Affairs, told Bloomberg TV that he was “shocked” to see President Trump banned from Twitter, saying “this should be decided by citizens, not by a CEO.”

The French and German leaders join president Andrés Manuel López Obrador of Mexico, an avowed socialist, who was the first world leader to condemn Facebook and Twitter for banning president Trump.

“I don’t like anybody being censored or taking away from the right to post a message on Twitter or Face(book). I don’t agree with that, I don’t accept that,” said López Obrador.

The Mexican president said tech companies were behaving like an “inquisition” to “manage public opinion.”

“This is really serious” he added.

The Prime Minister of Britain, Boris Johnson, was reportedly alarmed at Silicon Valley censorship even before Trump was permanently removed from Twitter and other platforms.

In November, the Daily Mail quoted a senior government source who said the Prime Minister was considering new laws against tech censorship following Twitter’s censoring of President Trump during the U.S. presidential election.

“Boris did not like what he saw in the US election and has asked for more time to consider how to avoid the same thing happening to him in future,” said the government source, discussing a planned internet regulation bill.

Manfred Weber, leader of the largest party group in the European Parliament, said “we cannot leave it to American Big Tech to decide how we can or cannot discuss online,” labeling it a threat to the “consensus building” that is “crucial in free and democratic societies.”

We cannot leave it to American Big Tech to decide how we can or cannot discuss online. Todays mechanisms destroy the compromise searching and consensus building that are crucial in free and democratic societies. We need a stricter regulatory approach. #CapitolHill @POLITICOEurope https://t.co/ouJwTCT5B1

Poland, run by a populist-nationalist government, has long taken the issue of tech censorship seriously. The Polish government is in the process of passing a law that would fine tech companies millions of euros for censoring content that is legal in Poland.

The law would also create a new Court for the Protection of Freedom of Speech in Poland, where citizens of the country will be able to escalate complaints of tech censorship.

The government of Hungary, a resolute enemy of the international cultural left, began an investigation into tech censorship in Europe in 2019. A new anti-censorship social network, Hundub, was recently launched in the country. In the same year, Hungary also fined Facebook for claiming its services are “free.”

In the Pacific, leaders of the center-right government of Australia including the Deputy Prime Minister, Michael McCormack, and the Treasurer, Josh Fryndenburg, also voiced their opposition to the bans of Trump from social media.

“I’m not in favour of censorship – I think if people don’t like what they see on Twitter – well don’t go onto that social media platform,” McCormack told reporters.

“Freedom of speech is fundamental to our society … those decisions were taken by commercial companies – but personally I felt uncomfortable with what they did,” said Frydenburg.

In Russia, opposition leader Alexei Navalny, who was the victim of attempted assassination by poisoning last year, said Silicon Valley’s actions bear the hallmarks of authoritarianism.

“Of course, Twitter is a private company, but we have seen many examples in Russian and China of such private companies becoming the state’s best friends and the enablers when it comes to censorship,” said Navalny.

“If you replace ‘Trump’ with ‘Navalny’ in today’s discussion, you will get an 80% accurate Kremlin’s answer as to why my name can’t be mentioned on Russian TV and I shouldn’t be allowed to participate in any elections.”

Jonas Gahr Støre, leader of the left-wing Labour party in Norway and a favorite to become the next Prime Minister of the country, also criticized the censorship.

“This is a line where freedom of expression is also at stake,” said Støre. “If Twitter starts with this sort of thing, it means that they have to go around the world and look at other people completely astray, and shut them out.”