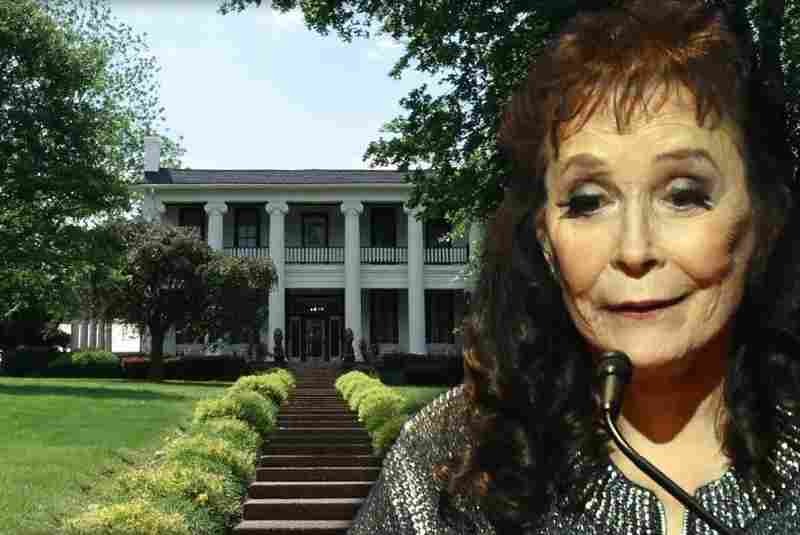 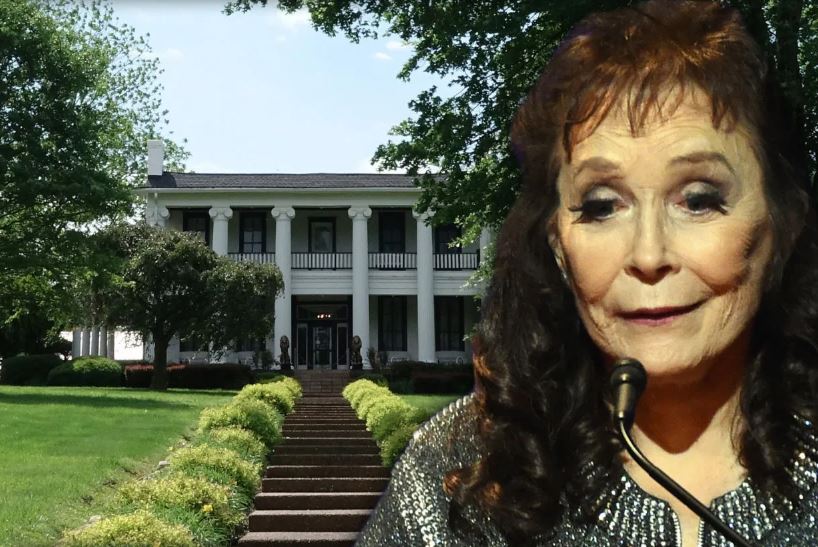 Some of its former residents however, do not. Founded in 1810 as an iron furnace, this tiny town still stands today as it has for hundreds of years. Just follow the old trail road out into a beautiful sprawling pasture and 3,500 acre estate, you’ll find the old mansion high on a hill overlooking the General Store & Post Office.

The oldest known structure on the property is the little white church & Masonic Temple. Erected in the early 1800′s, it often served as a hospital. During a bloody Civil War battle on July 22 1863, at least 19 soldiers were brutally murdered and buried on the grounds.

13 years later in 1876 a prominent businessman named James Anderson built the Mansion and new Mill. (The original Mill was built in 1850 after the fall of the iron furnace) The Iron Truss Bridge over the Duck River was originally part of the old state highway and was added in 1910, as well as the General Store.

The Post Office opened later in 1920, they are all still in operation today. Loretta is no stranger to the paranormal. She considers herself to be a “bonafied psychic” a gift she claims to have inherited from her mother.

Loretta says old James Anderson is still at home, watching over his estate. She’s promised to keep it ‘nice for him’ as he watches over her in return. She believes he is a restless spirit, and often frightens people in the home.

Loretta and her husband Doolitte Mooney Lynn (Doo) bought the Hurricane Mills Plantation- and town- in 1966. While Loretta spent most of her time on the road, Doo raised their 6 young children at home. Their two twin girls, Peggy and Patsy, often recall seeing the mysterious ‘Woman In White.’ 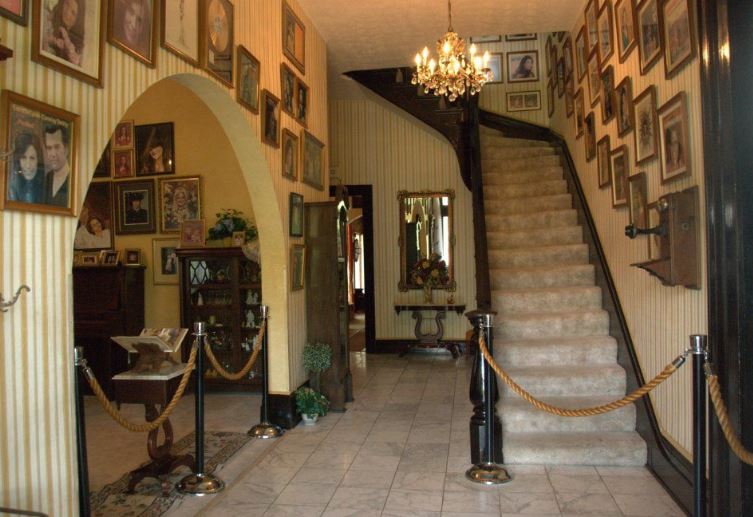 She appeared to them many times, silently standing in their doorway during the night. Being so young, they simply mistook her for a guest. Upon returning home from tour, Loretta noticed her on the balcony of the second floor, wringing her hands and sobbing.

When she went to console her however, she had disappeared. Loretta then wandered out into the old cemetery and found her at a grave marked Beaulah Anderson. Beaulah died just 12 days after giving birth to a stillborn infant. They are buried beside each other in the graveyard. Loretta believes she is still mourning the loss of her child.

Under the porch, beneath a large iron slab, is a small, dark dank pit. It is filled with hanging hooks and chains. Loretta believes many slaves were tortured here over the years.

On several occasions she and her guests have been disturbed by the sounds of chains dragging across the porch, also footsteps & shadows abound. Many fisherman and other visitors have frequently reported the ghostly apparition of Confederate soldiers on the old iron bridge and wandering the estate.

The Lynn family, guests, employees and caretakers claim doors are constantly just opening and shutting themselves. Upstairs among the bedrooms in the mansion is the Brown Room. Most people feel uneasy in this room, and it is always much cooler than in any other part of the mansion.

Once belonging to Jack Benny, their eldest child, he often felt afraid in the Brown Room. One evening in 1968 he awoke to a Confederate soldier pulling his boots off, which he had fallen asleep in.

Another child, Ernest, once awoke to 2 soldiers standing at the foot of the bed. He jumped right up and out of the room and no one has slept in the Brown Room ever since. Visitors to the mansion agree it has a terrible energy and most won’t venture in.

Employees say something awful must have happened there many years ago. From a young age Loretta has received many ominous premonitions. One day while overlooking the Duck River with her 2 oldest daughters, she predicted a great family tragedy would take place there.

Many years later Jack Benny would tragically drown in that very spot. Loretta, on tour, suffered an awful seizure at the time, not being able to speak. She finally came out of it days later when her son’s body had been recovered.

Upon returning home, Doo approached her with the news-but she cut him short. She told him, ‘It’s Jack Benny, isn’t it? Just two weeks prior, Jack had told of a preacher that came to him on the river bank, lost and looking for directions.

The preacher sat and prayed with Jack-something Jack claimed he was ‘no good at.’ The mysterious man appeared at his funeral but was never seen or heard from again. Was this an angel sent to save him?

After Jack’s death in 1984, the Lynn family moved from their haunted mansion.

The estate and home are still open for tours, boasting a dude ranch, campgrounds and cabins. Also, the estate includes a motocross track that is home to many events including the AMA Nationals each year. Feel free to visit anytime, tours are given daily from 9 AM to 5 PM spring through fall.

Loretta has asked only one favor of her guests, to not disturb any of the items in the home, ESPECIALLY her album collection which is neatly framed and displayed along the staircase. She is adamant about this, and Mr. Anderson’s spirit is too.