The Story Of Love And Murder Of Egypt Valley Wildlife Area 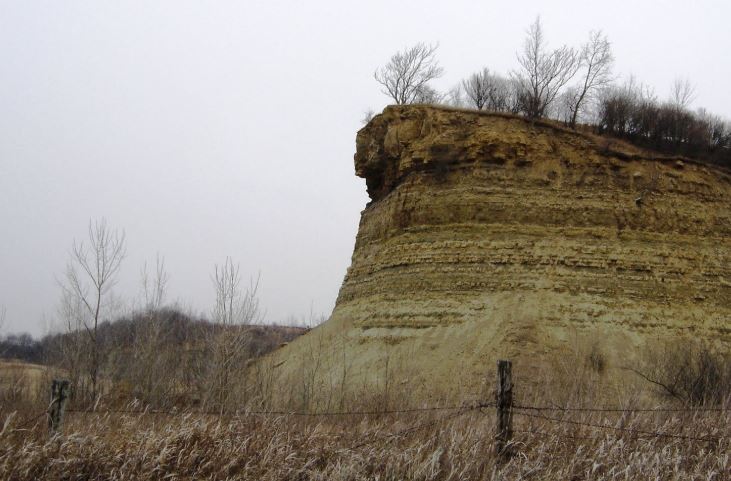 The Egypt Valley Wildlife Area is a large state-owned area in Belmont County, Ohio. You can easily get to it from I-70.

Egypt Valley is absolutely beautiful…lots of trees, ponds, and undeveloped land. However, it has a dark past that has caused many ghost stories! The most well known ghost story about the area is that of Louiza Catharine Fox and Thomas D. Carr.

Louiza Fox was a thirteen-year-old girl who lived in the area with her family. She was dating a local coalminer, Thomas D. Carr. They met through a common employer, Alex Hunter. Thomas worked at the coal mine Mr. Hunter owned, and Louiza worked as a servant in Mr. Hunter’s home.

Thomas was madly in love with Louiza and planned to marry her. Louiza’s parents were fine with this plan until they started to hear stories about Thomas’s violent mood swings and actions. Also, they weren’t sure they approved of the large age difference.

Thomas Carr was furious when he heard that Louiza and her parents wanted to end their engagement. On January 21, 1869 he waited behind a fence on the road Louiza took home from work every night. He finally saw her walking down the road with Willy, her little brother.

Thomas sent Willy home so he could talk to Louiza. They didn’t do much talking though. He kissed her, then slit her throat with a razor and stabbed her fourteen times. He threw her body in a nearby ditch and hid at a local bank.

Louiza’s little brother saw Thomas Carr kill his sister from a distance. He ran home and told his parents who got a search party together to find him. They found him the next morning badly wounded…he had tried to kill himself by slitting his throat and shooting himself. His attempt was worthless though, he was arrested and his wounds were treated.

Thomas Carr was sentenced to death five days later by Judge Way. He laughed when his sentence was read, and it was reported that he said that he did “not care a damn if it was to be tomorrow.”

On March 8, 1870, Thomas Carr made a full confession to Louiza’s murder, and he also admitted to killing fourteen other people. He also said he attempted to murder at least five more. Many thought this was a lie though since he was known to exaggerate. On March 24, 1870, Thomas D. Carr was the first person legally hanged in Belmont County.

Today, people claim to see the ghosts of Louiza and Thomas wandering Egypt Valley. Louiza is often seen weeping near her grave at nearby Salem Cemetery or at the spot of her murder. There is a stone marker at the spot of the murder. 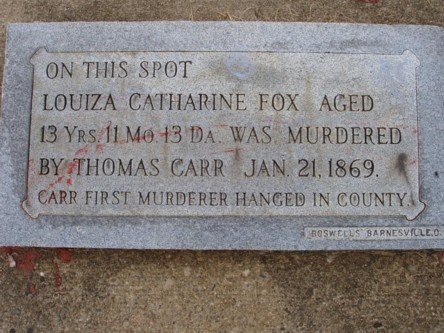 Thomas Carr is also said to haunt this area. People see his spirit wandering around the area close to the murder site. Pretty creepy!

The other ghost stories associated with the Egypt Valley Wildlife Area aren’t quite as grisly. Many people claim to see packs of dogs, hell hounds or devil dogs, running through the area. You can supposedly hear them growling and howling. I guess they guard the many cemeteries in the area.

There is also the interesting story of a truck driver who crashed into a cemetery near the lake when he fell asleep at the wheel. The truck driver was not killed, but he did lose his arm. The arm now haunts this cemetery, and the nails can be heard clicking over the gravestones on quiet nights.

With the sun shining down and the wind gently blowing, it’s hard to believe such a peaceful spot was the site of such a vicious and violent act, so traumatic that the figures involved are said to still haunt the area.