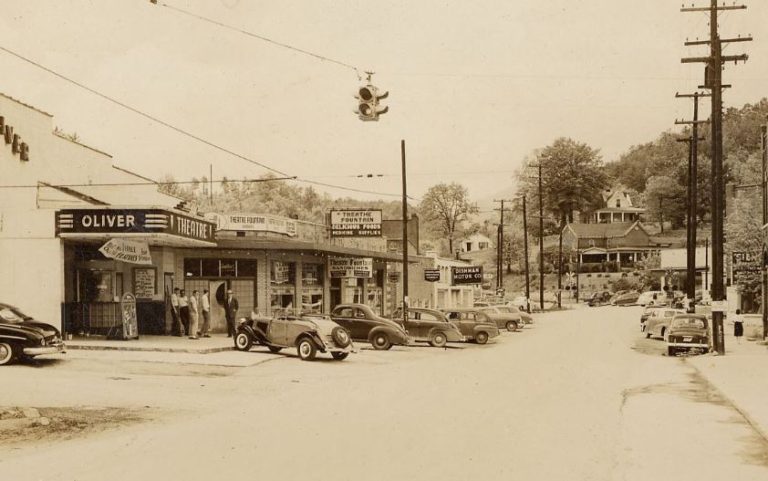 On February 5, 1940, Mary, teacher and librarian at Oliver Springs High School, wrote a note to her sisters. She sent a couple of students to deliver the note, but they returned saying no one answered the door.

After a second failed attempt to deliver the note and learning her sisters didn’t show up to a scheduled meeting, Mary went to the house. Upon arrival, she witnessed a brutal scene.

Their errand boy Leonard “Powder” Brown was discovered near the second floor banister with a .38 pistol in his hand. It was believed he killed Margaret and Ann and then committed suicide. Only problem is there were no fingerprints on the gun.

He was also described as being timid, afraid of death and guns. The person who killed the victims possessed an ability to fire accurately. However, there was persistent theories of his guilt.

One stated he became jealous when the sisters gave him and another person a suit of clothing and the other person’s suit was better than his. Another rumor had people believing Brown idolized ex-cons.

There were two seen around the town, waiting to board trains to Chattanooga and Jefferson City. Another theory told of Brown’s parents going insane before they died and his father supposedly killed someone.

He was orphan raised by his Aunt and Uncle. The Richards sisters allegedly told Brown he wasn’t doing his job properly and he may go back to an orphanage. The town was divided among those who believed Brown murdered the sisters and those who thought there was a fourth person involved.

On February 13, 1940, there was a five-hour long investigation with an Anderson County Coroner’s jury and Mary and the sisters only brother, Joe, in attendance along with 25 witnesses who testified.

It was determined that all three were killed by persons unknown despite the sheriff’s persistence it was Brown. However, it wouldn’t be until 2001 that Brown became officially cleared of all allegations.

A witness finally came forward with information about two men seen spying on the house the day before the murders. There had also been witnesses on the day of the murder who claimed to have heard two men talking inside the house.The case remains open.

The mansion the Richards sisters lived in was destroyed by a fire. Harvey’s Furniture was built in its place. Employees and customers have witnessed a female apparition wearing a 40s style dress and have often heard voices from unknown origins throughout the building.