Walking Sam: This Presence Is Driving Teens To Suicide, But Why? 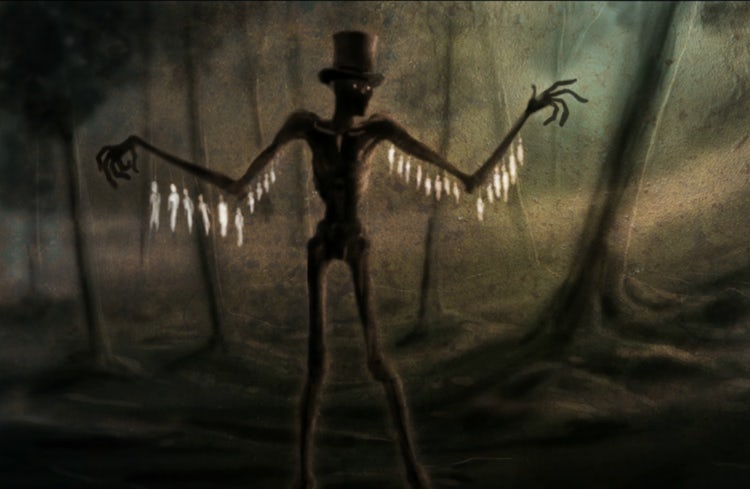 In South Dakota, a sinister urban legend named “Walking Sam” is thought to have driven over ten teenagers to take their own lives, but how can a mythological figure drive people to such desperate measures?

The scene of the shocking spate of suicides is the Pine Ridge Indian Reservation, home to the Oglala Lakota sub-tribe of Sioux Native Americans, but also something a lot more ominous.

The Native American tribe believes in a mysterious, shadowy figure that walks the plains whispering suicidal urges into people’s ears. Although the Oglala Lakota tribe refers to him as the “Tall Man Spirit,” this haunting presence has become colloquially known as “Walking Sam.”

Tribe president John Yellow Bird Steele explained that many Sioux believed in: “A suicide spirit similar to the Slender Man.”

Reservation minister, Chris Carey, even went as far as to tell The Times that” “A Tall Man spirit is appearing to these kids and telling them to kill themselves.”

Although blaming the suicides on this spectral figure of traditional folklore might seem far-fetched, there is no denying the amount of young people taking their lives on the reservation is much higher than the national average.

Since December, a distressing 103 suicide attempts have occurred on the reservation, and out of them, nine young people between the ages of 12 and 24 have died. While the these deaths are obviously saddening and shocking, a foiled mass suicide is perhaps the most chilling tale to creep out of Pine Ridge.

In February 2015, Pastor John Two Bulls was alerted that a group of teens had planned to kill themselves in a mass suicide. After rushing to the spot, he was confronted with a cluster of nooses hanging from the trees and a group of young people who had converged at the spot.

Luckily counseling was offered and the teenagers were dispelled before they could harm themselves, but this tale could have ended in enormous tragedy. 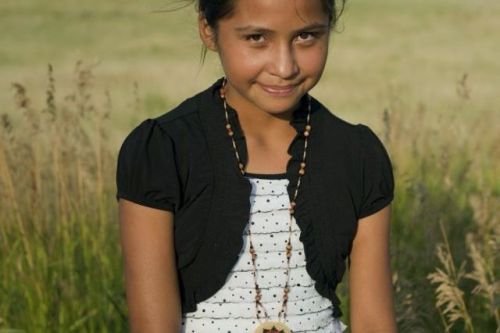 Just Who is ‘Walking Sam?’

Walking Sam is just as showy a figure in folklore as he is in real life. The origins of the legend cannot be pin pointed due to the Native American oral tradition of passing down stories, but it is believed that his name has been spoken for centuries.

Known by multiple names, including “Stovepipe Hat Bigfoot” and “Big Man,” Walking Sam is strangely similar to the much better known Slender Man in appearance.

He is said to be seven foot tall with an impossibly lean figure and long, spindly limbs with no mouth. When he extends his arms, the dead bodies of Lakota men and women hang from them.

Walking Sam is similar in appearance to Slender Man. In folklore, Walking Sam’s presence is not intrinsically hostile. It’s said he was sent to this earth as punishment and is constantly seeking company to whom he cannot speak.

In Peter Matthiessen’s 1983 book about Pine Ridge, In the Spirit of Crazy Horse,he is described as follows:

“There is your Big man standing there, ever waiting, ever present, like the coming of a new day… He is both spirit and real being, but he can also glide through the forest, like a moose with big antlers, as though the trees weren’t there… I know him as my brother… I want him to touch me, just a touch, a blessing, something I could bring home to my sons and grandchildren, that I was there, that I approached him, and he touched me.”

How Widespread Are the Beliefs?

According to The Daily Dot, many local people believe in Walking Sam and he has made his presence known at tribal council meetings with government officials. Blogger, Mike Crowley, explained how at one meeting:

“A woman, who was elderly but otherwise quite lucid, described Walking Sam as a big man in a tall hat who has appeared around the reservation and caused young people to commit suicides. ”

He also reported meeting a local bookstore owner who told him:

“There really are bad spirits out there on the reservation, and you need to be careful. She said that if you go looking for them, you might just find them.”

Although Walking Sam a captivating tale, the real reason for the dramatic spate of tragic suicides is probably more to do with the extreme poverty that the Oglala Lakota tribe live in.

The Pine Ridge Reservation has some of the worst rates of alcoholism and drug abuse, violence and unemployment in America, and life expectancy for men is below 50 years, the lowest in the Western Hemisphere.

Racism has also been cited as a reason that so many Oglala Lakota teens are driven to kill themselves. Santana Janis, who killed herself aged just 12 years old, was called a “filthy Indian” in a hotel lobby just days before she died, and Pine Ridge students were doused with beer and forced to leave a hockey game outside the reservation for their own safety just two months ago.

In the words of Santana’s grandfather: “Our kids today just want to die because they’re sick of all this oppression.”

Walking Sam might have become the spiritual totem for these suicides, and a figure that the teens themselves empathize with, but this shouldn’t distract the eyes of the world from the very real challenges the Oglala Lakota people face in their day to day life.

Walking Sam might be a compelling myth, but the teen suicides are real and tearing the soul of the reservation apart.