Screams In The Dark: Machattie Park Ghosts And Hauntings 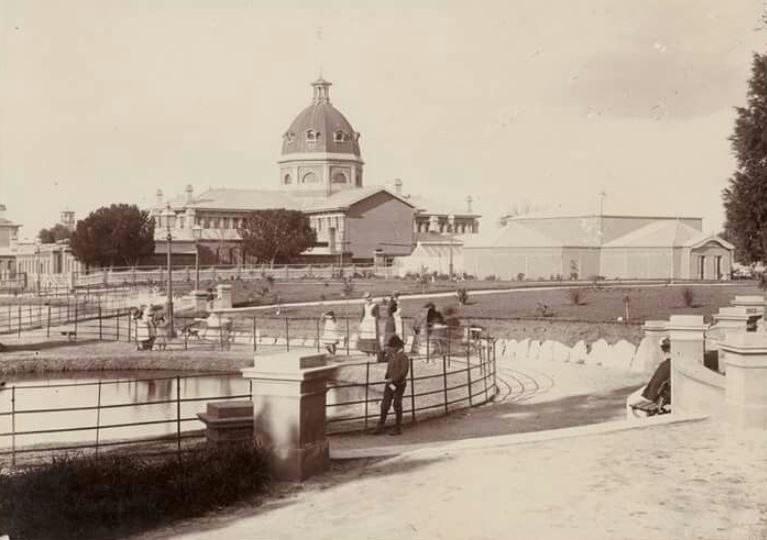 Machattie Park was opened in December 1890 with much fanfare as well over 2000 people joined in the celebration. Although the park had been a place of recreation for the two years previous to this grand opening the public and the city wanted something better.

The ‘deformed trees’ which had been planted only a few years previously made way for a fernery, bandstand, miniature lake and a fountain. During this opening cheers were let out for the queen and also, as enthusiastically, for the gardener.

For 120 plus years people have been enjoying the beauty of Machattie Park which is located behind the Bathurst Court House and Council buildings. However, it is said that on occasion during the night an ear piercing scream can be heard. With no one around to make such a racket it is believed that this scream is ghostly in origin.

As for what manner of spectre could be causing the scream?

It does not take too long to delve in the online newspaper archives to find out that before Machattie Park was established the site was used for an altogether different purpose.

In 1837 tenders were received at the colonial secretary’s office for the construction of a courthouse and gaol at Bathurst. That same year a watch house/lock up was declared as a public gaol. It is hard to find out more information but one could surmise that the lockup was already on site with the courthouse and gaol being built around it.

We do know that executions took place within the Bathurst Gaol as on June 11 1872 a ‘frightful scene’ took place in front of those present to witness one such execution. John Conn was trialled and condemned to death for the murder of Aveline Littler.

John pleaded his innocence saying the death occurred as Aveline fell out of a horse cart and under the wheel. However a large two inch deep cut in her skull told there was more to the story.

On the morning of the execution John Conn was composed and silently allowed the process to be carried out. John was led up the steps to the gallows and even assisted the executioners by tilting his head to better slip over the noose. However when the trap doors lever was pulled:

“When the body passed through the drop the spectators of course expected to see it swing underneath when the extent of the rope was reached, but what was their horror to see the trunk completely severed from the head, fall into the pit below, while the head was left dangling in the noose, a terrible and ghastly sight.

“Death, of course, was instantaneous. It is impossible to describe the sensation which this shocking spectacle produced. Everyone present stood as if he were rooted to the spot, and it was some time before most of the onlookers could realise what had actually occurred.

“The blood now ran in a narrow stream from the head suspended above, and approaching the edge of the pit, the upper portion of the body was seen to partially raise itself in convulsive shudderings two or three times before it ceased to move, the blood pouring in streams from the neck.

“The effect of the scene was sickening in the extreme, but as soon as possible the head and trunk were put in a coffin and removed.

The cause of the terrible catastrophe was the want of any allowance on the part of the executioners for the age and attenuated frame of the convict. Far too great a fall was given, and though it might be merciful as a rapid and painless mode of taking life, the result was certainly most revolting.” [Queanbeyan Age, Thursday 13 June 1872]

In 1866 there was a motion in the NSW Parliament legislature assembly to have the Bathurst Gaol closed and relocated elsewhere. The conditions were seen to be hazardous and ‘injurious’ to the residents and prisoners.

However the motion was denied as it ‘would interfere with the views of the Government with regard to prison discipline.’ Obviously, they did not have much of a care for the treatment of prisoners.

By searching through the various archives and newspapers of the time you can find all manner of stories of woe and misfortune towards the prisoners. Disease, inexplicable death and even death from depression can be found. 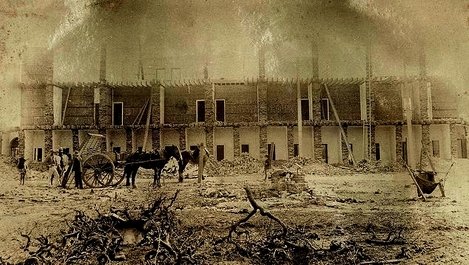 Demolition of Bathurst Gaol in 1880

In 1888, twelve years after the first motion to have the gaol relocated, Bathurst Gaol closed and was reopened in a new location as the ‘New Gaol at Bathurst’. The old gaol was demolished to make way for the ‘Jail Reserve’ in the hands of the trustees of the Police Magistrates and others.

It was they who fenced in the park and planted those ‘Deformed Trees’ before the Machattie Park was established.

Todays a beautiful park is there by day being enjoyed by countless generations of Bathurst residents. But it is said in depths of night when all things quiet you can hear the screams of ladies that witnessed the decapitation of John Conn having his head ripped off splattered blood over the crowd of ladies there to see a hanging.

Was it true? Some say it way legend but in fact, it was true. After that event, there were no public executions after that date in NSW. Does the trauma of such a horrific event still linger on in the ghostly scream that is allegedly still heard in the Park during depths of night? Or is it slowing fading like an echo from the past?