Charles Camsell Hospital: A Place Where Unseen Patients Walking Around 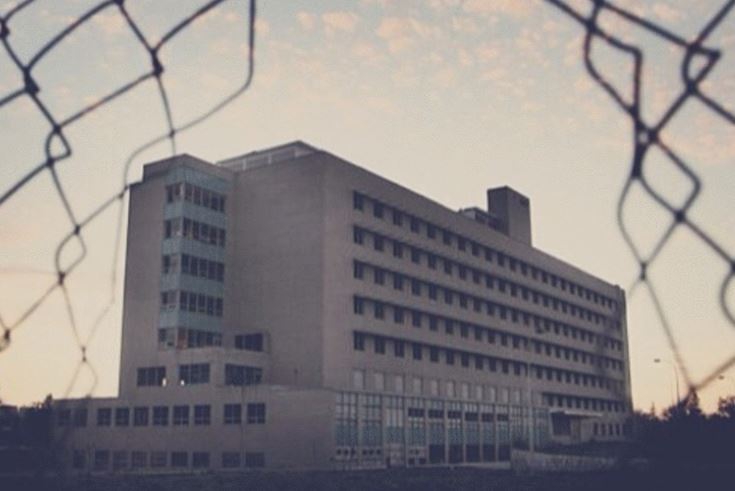 (Paranormal) The Charles Camsell Hospital was opened in 1946 by Lord Alexander the Governor General of Canada, and closed its doors in 1996, condemned due in part to asbestos.

This hospital, which was located in the Inglewood Area in northwest Edmonton, Alberta, Canada, was named after Charles Camsell (1876–1958), a geologist and map-maker dedicated to the exploration of Canada’s North.

The original part of the building housed a tuberculosis sanatorium in the 1950s, mainly looking after aboriginal patients. Some people were forcibly placed into the hospital, and patients with certain “defects” were involuntarily sterilized. The hospital has seen more than its share of the dark and tragic side of human suffering and it is believed to be haunted.

The original building that housed the Charles Camsell Hospital was built around 1913 in Edmonton, Alberta. At first, the building was used as a Jesuit College for boys until 1942 at which time it was taken over by the American Army.

The Americans added a number of detached frame buildings to the property, and the entire facility was used as a holding and forwarding centre for American Army personnel and civilian engineers employed to construct the Alaska Highway.

Then the property and the equipment were sold to the Government of Canada, and the Royal Canadian Army Medical Corps used it to set up the Edmonton Military Hospital. At this time several detached buildings were connected to the main building by a system of corridors.

In the summer of 1945 Dr. W. Lynn Falconer, assistant to the Acting Superintendent of Medical Services for Indian Affairs in Ottawa, was sent to Edmonton to inspect the facility.

The purpose of this inspection was to determine whether or not the site could be converted to a tuberculosis hospital to serve the Inuit and other First Nations groups in Alberta, the Yukon Territory, and parts of the Northwest Territories.

The site was deemed suitable for conversion to a tuberculosis hospital and the first patients were admitted shortly before Christmas of 1945.

For several months, the hospital was an “Experimental Hospital” run by the Royal Canadian Army Medical Corps and Indian Health Services jointly known as the “Indian Hospital”. Stigma surrounds the hospital as it is alleged that the aboriginal population was treated poorly, abused, and murdered.

Early in 1946 the hospital was named after Dr. Charles Camsell, one-time geologist and Deputy Minister of Mines and Resources from 1920 to 1946. Transfer of the land and buildings from the Department of Defence to the Department of National Health and Welfare officially took place on June 1, 1946, and the Charles Camsell Hospital officially opened on August 26, 1946 by Lord Alexander the Governor General of Canada. The Charles Camsell Hospital ran out of the former Jesuit College building for several years.

In 1982, a young man working on the roof fell to his death. It is also alleged that south of the building near what used to be the staff garden is a mass grave of aboriginal children, though when officials questioned about this it is denied and stated that most of the people that died in this hospital were buried near a residential school in St. Albert north of Edmonton. These rumours and others regarding hauntings of the hospital are based more in urban legend than fact.

Sitting abandoned since 1996, the building gives off a haunted impression, and people walking by say they can feel many eyes looking out at them from the hospital windows.

There are Satanic symbols and graffiti on the walls, and parts of the hospital are in slow decay. The fourth floor of the hospital housed the psychiatric wing. The patient isolation rooms and rumors of shock treatments make it a hot spot for confused and earthbound spirits.

Few years ago a group of paranormal investigator led by Rona Anderson try to investigate the hospital at night. Using video camera and a digital recorder, an anguished female scream was caught on the fourth floor, and it was verified that it did not belong to anyone in the investigation group.

On the second floor is the surgical wing, and blood stains are still on the floor in one room. They captured a male voice on their recorder in Operating Room 6 calling out “Karen” and some unearthly groans. The most startling audio was something “slamming” its hand down hard on the metal shelf they had left the recorder on. Seconds after that, the recorder shut off.

In the auditorium, everyone with a camera caught at least one picture with orbs floating in it. A psychic impression given in the auditorium was of a very sad, older aboriginal man with mobility problems looking for his wife. It’s obviously that the hospital is very active with unseen patients walking around in the middle of the night.

Source: Encyclopedia of Haunted Places: “Ghostly Locales from Around the World” by Jeff Belanger