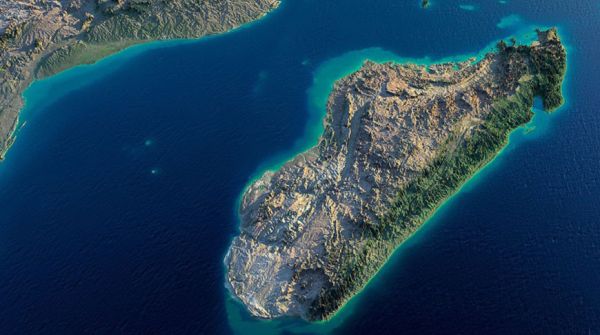 Experts from the United States, Portugal and Madagascar have found that the fault in the earth’s crust, which is gradually expanding and separating East Africa from the rest of the continent, turned out to be more complex in structure than previously thought.

The fracture in the earth’s crust, which is gradually expanding and separates East Africa from the rest of the continent, turned out to be more complex in structure than previously thought. This was reported by the South African radio station SABC.

Experts from the United States, Portugal and Madagascar, using the analysis of the latest data, have established that there is not one, but several fault lines that stretch 600 km from the Afar region in eastern Ethiopia to the island of Madagascar in the Indian Ocean. Previously, it was believed that there was one fault, which from Ethiopia through the south of Mozambique goes to the shelf of the Indian Ocean and almost reaches Antarctica.

“The rate of disintegration of the African continent is now several millimeters a year,” said Sarah Stamps, one of the participants in the study, an employee of the American College of Technology of Virginia. “It will take millions of years before an ocean forms between eastern Africa and its rest.” However, according to her, the process of movement of continental plates is not uniform throughout the fault. “The rate of expansion in the north, and in the Ethiopian region, is higher,” Stamps said. “Everything suggests that this is where the first rupture of the land will occur and the ocean will begin to form.”

Studies have shown that Madagascar is on the line of another regional division. Southern Madagascar lies on the Lvandle tectonic microplate, and the entire central and northern part of the island, as well as a small piece of the south, lies on the Somali tectonic plate, the medium-sized one. They are moving away from each other, which will eventually lead to the split of Madagascar into several islands, scientists point out.

The Somali plate is in motion, breaking out of the historic African tectonic plate. It is on the border of these two plates that the split of Africa takes place. The Somali plate goes southeast at a rate of six millimeters a year and separates from Africa the eastern part of modern Ethiopia, all of Somalia, Kenya, Uganda, Rwanda, Burundi, Kenya, Tanzania, parts of Malawi and Mozambique. However, as the latest studies have shown, the Somali plate itself began to crumble and parts with different dynamics and directions of movement begin to form inside it.

17.01.2021 laikas 13:09 Major events show CNN complicit in Capitol raid
After infiltrating the Capitol on Jan. 6 while dressed as a “Trump supporter,” far-left extremist John Sullivan was interviewed by CNN‘s Anderson Cooper, who promoted Sullivan’s “work” and referred to him as a “journalist,” despite lacking any credentials....