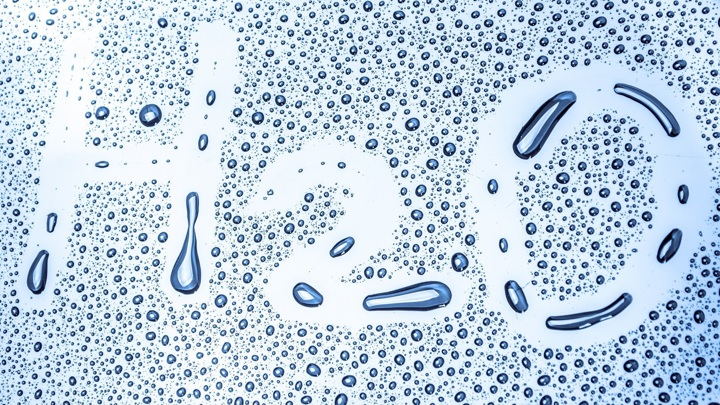 Water can exist in the form of two different liquids, which under certain conditions do not even mix with each other. Such an amazing result was obtained by physicists through the finest experiments.

The achievement is described in a scientific article published in the journal Science.

Each of us knows from school that a substance can be in three states: solid (like ice), liquid (like water at room temperature) or gaseous (like water vapor).

But it’s not that simple. One and the same substance has many solid states. They differ in how the atoms are positioned relative to each other. And from this, differences in the most different properties can arise: density, strength, transparency and … market value. For example, graphite and diamond are two different solid states of carbon, and yet it is very difficult to confuse them, and even more difficult to transform the first into the second.

Water also has several solid states. There are more than a dozen of these types of ice. But only one modification forms naturally on the surface of the Earth. The rest are obtained either in the laboratory or in exotic corners like the bowels of the earth.

But several decades ago, theorists hypothesized that there is more than one liquid state in this familiar substance.

“The hypothesis that water can exist in two different liquid states was proposed about 30 years ago based on the results of computer simulations,” says co-author Nicolas Giovambattista of the City University of New York.

Experts have calculated that “second water” occurs at a temperature of about -70 ° C and a pressure of thousands of atmospheres. It is 20% denser than ordinary water due to the fact that the molecules are located closer to each other. Therefore, these two liquids can form layers without mixing, like water and oil.

However, it turned out to be extremely difficult to verify this assumption experimentally. Indeed, under the conditions described, water (both ordinary and “abnormal”) turns into ice in a split second. Until recently, physicists simply did not have time to detect this elusive liquid state before it turns into a solid.

The authors of the new work took this barrier by using two femtosecond lasers. One of them, infrared, they used to instantly heat ice and turn it into liquid water. Another, an X-ray, probed the sample so scientists could find out what state it was in.

Researchers have recorded the appearance of a kind of liquid bubbles containing “second” water. They did not last long: from 20 nanoseconds to 3 microseconds. In this case, after a few microseconds, the substance turned into ice.

Thus, the experimenters have brilliantly confirmed the theoretical prediction of thirty years ago. To whom and how can this achievement be useful?

Note that water is generally a very unusual substance from the point of view of physics and chemistry. For example, water is an amazingly good solvent. And this property is the basis of the physiology of all living things. Recall that a person is 60–70% water and in a sense is a large vertical puddle.

Water has another unusual quality. Almost all substances in a solid state are denser than in a liquid state, and water is the opposite. Therefore, ice floats in water, and this is a great success for the inhabitants of reservoirs. If the ice was sinking, in the cold winter all rivers and lakes would freeze to the bottom. Moreover, floating sea ice would not form in polar latitudes – the most important factor of climate. All life on Earth would look different if it were not for a liquid of such amazing properties that we are used to.

By studying the properties of water, scientists penetrate the foundations of many of the most important processes, from biochemical to climatic.

Of course, in the human body or polar ice caps one cannot find “water II” just discovered by experimenters. Indeed, for its existence (and then fleeting), pressures of thousands of atmospheres are required. But this phenomenon arises due to certain properties of water, which can manifest themselves in less exotic conditions, and therefore affect our lives.