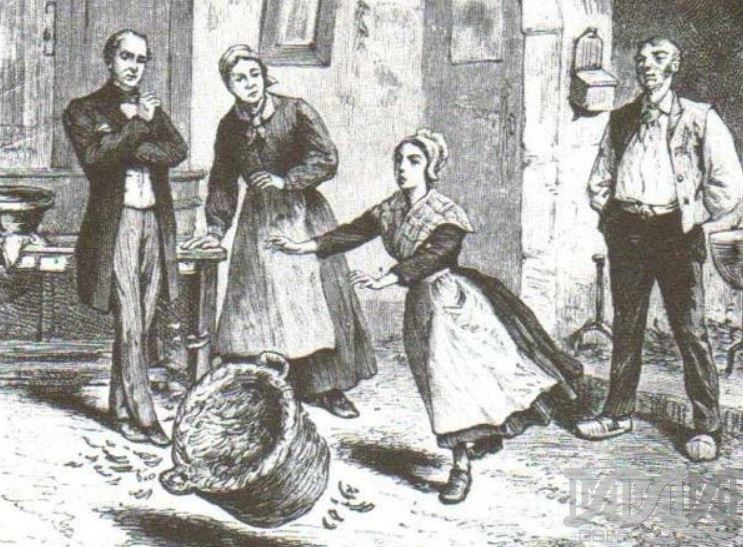 Angélique Cottin was a Normandy peasant girl of ‘small stature’ who apparently had a strange affect on objects and people (now called psychokinesis).

Indeed, the apparently psychic phenomena which she is said to have produced are very similar to those more normally associated with poltergeist cases, and the ‘paranormal’ powers claimed by psychics and mediums.

Angélique became known as ‘The Electric Girl’, or the ‘Poltergeist Girl’ and her case, though certainly not unique (see other Poltergeist Girls on this site for similar poltergeist cases), was one of the first of a ‘paranormal’ type to be scientifically investigated. As such Angélique Cottin has attracted much attention from parapsychologist and students of psychic research.

The reportedly psychic phenomena that haunted the girl began in the town of La Perrière, France, on January 15, 1846, when Angélique was 14. It was eight o’clock in the evening, and Angélique, together with some other girls, was weaving silk gloves on an oak frame, when suddenly the frame began to shake as if it were alive.

The girls couldn’t keep it still no matter what they tried. They became distressed and called the neighbours, who didn’t believe them and told them to carry on with their work.

So they returned slowly, one by one, to the weaving frame, which remained still until Angélique came near, then it again began dancing around again. All the girls were afraid, but Angélique also felt a strange attraction towards the frame.

When Angélique’s parents found out about the incident they thought she must be possessed. So they took her to the presbytery in order to have her exorcised.

But the curate would have none of it, instead he wanted to witness the strange phenomenon for himself, and, after doing so, and convincing himself it was physical, advised her parents to take the girl to a medical doctor. 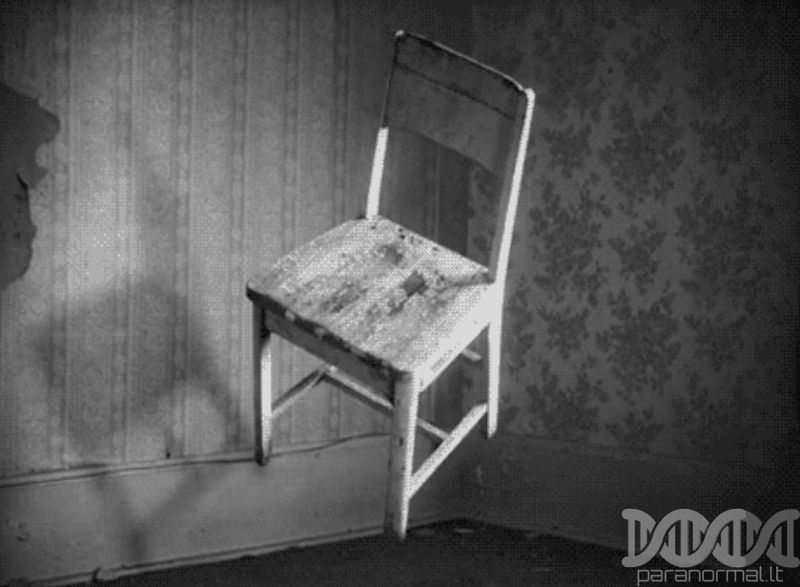 Meanwhile, Angélique’s bizarre condition worsened. When she attempted to sit in a chair, it was pulled or pushed away; and such was the power of the force that a strong man couldn’t hold down the chair.

A heavy 60 pound table floated up from the floor when she touched it. If she tried to sleep in a bed, it rocked, and the only place she could rest was on a stone covered with cork. Whenever she went near objects they moved away from her, even without apparent physical contact.

The merest touch of her hand, apron or petticoats sent things – even heavy furniture – flying off or bouncing up and down, even if someone was firmly holding them down. People who were near her, even without any contact, would frequently get electric shocks.

A certain Monsieur Hebert, while sitting on a heavy container, was raised up into the air with it. The blowing of a cold wind – as often experienced in hauntings or poltergeist cases, was also noted in her presence.

Angélique was often injured by her own violent involuntary movements, and when the power was active her heartbeat would increase to 120 a minute. She also suffered from convulsions during the activity and she was so frightened by her power that she constantly ran away from the scene.

Metals, it seems, were not affected at all, indicating that if it was a form of electricity it was an unusual kind. Her ‘powers’ sometimes stopped completely for two or three days, and then started again without warning. When she was tired the effects were reduced.

The next step was examination by scientists in Paris, including famous physicist François Arago, who said the phenomena were genuine and the result of electro-magnetism. 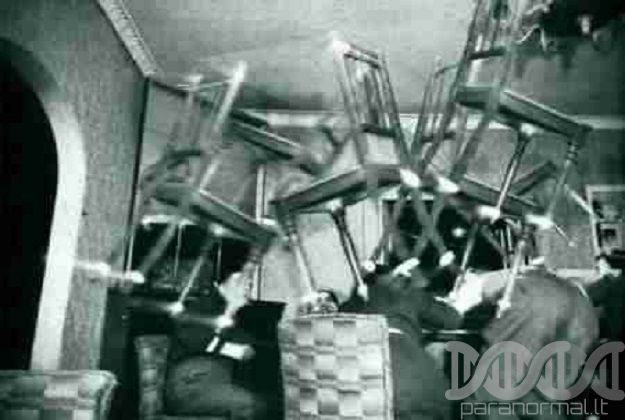 The doctor to whom Angélique had been referred brought her, along with her father and mother, to Paris.

She undertook preliminary tests with Dr. Tanchou, who witnessed, among other things, a cold breeze blowing around her, a dining table moved ‘by the mere touch of her dress’ and a large, heavy sofa on which he was sitting ‘pushed with great force’ against a wall as soon as Angélique sat down on it next to him.

Dr. Tanchou was sufficiently impressed to call in well known astronomer and physicist, François Arago, who was convinced enough by the phenomena he witnessed to set up a formal committee of enquiry. The committee testified that the phenomena were real, and a report was published in the Journal des débats (February 1846).

Against the scientists’ advice, the Cottins decided to exhibit Angelique to paying customers. In April 1846—just a few short months after the ordeal began—the unexplained phenomena inexplicably stopped and she lost her electric powers for good.