The Strange Case of the Artistic Poltergeist 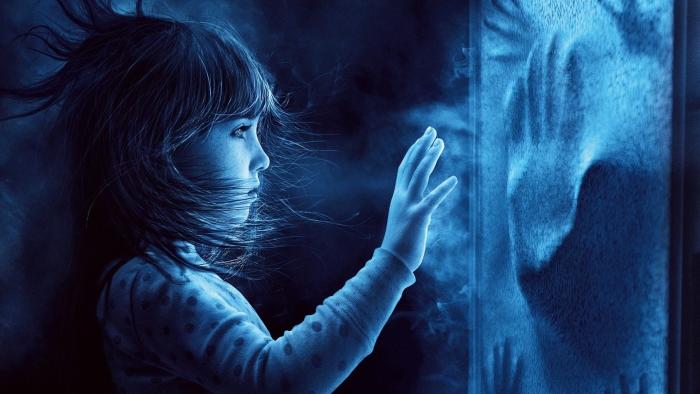 Since as long as there have been ghostly phenomena reported poltergeists have featured heavily, and there are numerous accounts of this. The setting for this strange tale we will look at here is the quiet town of Hartford, Connecticut, were in 1850 a Presbyterian minister by the name of Eliakim Phelps lived with his second wife, a widow who had 4 kids of various ages, the youngest being 3 and the oldest 16. They lived a mostly peaceful life, and Phelps had a mostly good reputation in town, but things were about to shake up their serene home, and launch an obscure, but very strange case of poltergeist phenomena with some rather unique twists.

It allegedly started on March 10, 1850, with the Phelps family returning from church to find their house completely ransacked. Furniture was strewn about everywhere, dishes thrown to the floor, and the whole place in a state of disarray, yet as the family picked through the mess they found something quite creepy and odd among scattered furniture in one of the rooms. There, they found 11 little figures that seemed to have been made of clothing, paper, and miscellaneous objects, 10 of them female and one of them male. Although the state of the room itself was a chaotic mess, these dolls had been carefully arranged into a circle and placed in poses that suggested they were praying, complete with miniature little bibles in their hand, but the weirdest thing was what sat in the center of the arrangement. In the center there was another doll, but it was not human, but rather had the countenance of an ugly, evil looking dwarf with another figure in the air above it, just hanging there as if levitating. 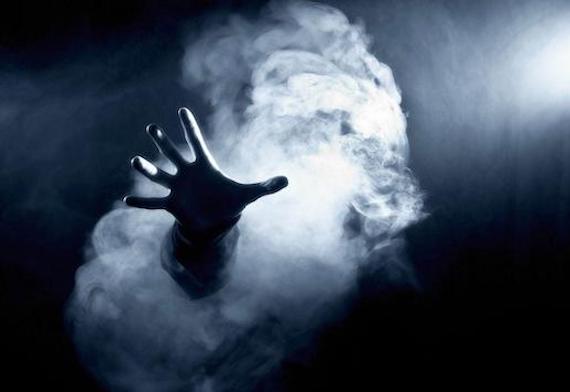 The frightened family took to locking the rooms and keeping an eye on them, but the figures continued to sporadically appear, every time meticulously fashioned from cloth and paper, right down to the last detail, and they suggested an exquisite skill. On many occasions these dolls would appear in locked rooms that had been carefully watched, and no one could figure out who was making them or where they were coming from. A Dr. Webster came to the home to investigate, seeing the phenomenon for himself, and he was equally as baffled as anyone else. According to the book The World’s Strangest True Mysteries, by Fate Magazine’s Phyllis Galde, Dr. Webster wrote an article in the New Haven Journal and Courier at the time, which reads in part:

The figures appeared when no human being could have entered the room. They were constructed and arranged, I am convinced, by no visible power, with a tableau ensemble both beautiful and picturesque. The clothing of which the figures were constructed was somehow gathered from all parts of the house, despite the strict watch that was kept to see that nothing of the sort could possibly happen. In a short space of time, so many figures were constructed that it would not have been possible for half a dozen women working steadily for several hours, to have completed their design and picturesque tableau. Yet these things happened in a short space of time, with the whole house on watch. In all, about 30 figures were constructed during this period. Some were so life-like that a small child being shown the room thought his mother was leaning in prayer with the rest.

This was already quite strange and unsettling as it was, but the unexplainable phenomena in the house would soon graduate to the more frightening. Objects started to get thrown across the room by unseen hands to smash into walls, windows were broken, raps and bangs were heard at all hours, and the walls and furniture were vandalized by invisible forces. People were also pinched, slapped, or pushed by an unseen aggressor, objects were set on fire, and things would fly about through the air chasing people around the house. Even weirder phenomena would occur as well, such as a plant growing out of the carpet of the living room that had leaves adorned with what looked like hieroglyphics, writing appearing on walls and other surfaces as witnesses looked on, objects dropping out of thin air, utensils found bent into strange shapes, clothes found slashed and torn, and people being levitated into the air. Many times, these things would happen in full view of reporters and other witnesses. One report made by a witness named H.B. Taylor illustrates some of the intensity of these occurrences, saying:

In my presence the elder boy was carried across the room by invisible hands and deposited gently on the floor. A supper table was raised and tipped over when the room was completely empty to people. In one instance, the boy’s clothes were cut to ribbons. In the presence of several persons, articles moved through the air, and a brass candlestick fell from the mantelpiece and continued to dash itself against the floor until broken. A shovel and tong set moved out of the fireplace and proceeded to hop about and dance in the middle of the floor. A heavy dining room table was raised into the air and a lamp moved across the room and set fire to some papers. On a later occasion the boy was found hung to a tree and the elder girl, while sleeping, had a pillow pressed over her head and tape tied around her neck which nearly strangled her. 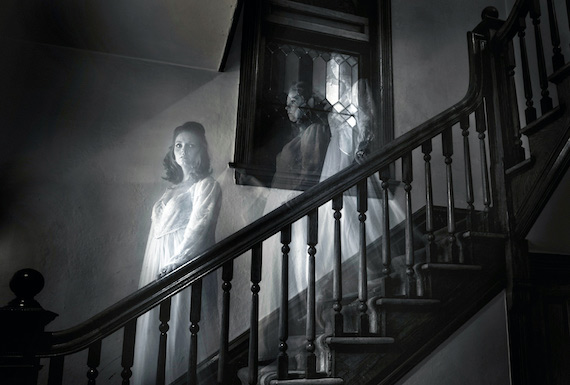 Indeed, much of these phenomena seemed to revolve around the oldest boy and girl, and was most pronounced in their presence. Because of this, it was thought at the time that the children were perhaps playing some kind of prank, but this did not seem possible to the degree that it was all happening, and the dolls, which continued to appear through all of this, were of too artistic a quality to have been crafted by children. There were some attempts to have seances and try to communicate with any possible spirits, but these were often plagued by cryptic answers and inscrutable messages that no one could really understand, making it even murkier. So was it ghosts or spirits? Mr. Phelps himself would say of it all:

I have never seen a spirit. I do not know what a spirit could do if it would, or what a spirit would do if it could! The facts of the phenomena, however, are such, and have transpired under such circumstances, as to render the idea of tricks or design and deception wholly inadmissible. The reports in the newspapers have promulgated the idea that these are merely the tricks of children; but on many occasions, the conditions have been such that there could have been no tricks by children or others. However, I place no value in any message, and if they are from spirits, they are from evil spirits. The communications themselves profess to be wicked spirits in a state of torment, seeking communications in order to redress wrongs done in life. I am satisfied that the communications are wholly worthless in that they are frequently false, contradictory, and nonsensical- the spirits often accusing each other of lying, and constantly inflicting injury on persons and property.

What was going on here? What is with the meticulously crafted dolls and all of the other strangeness that tormented this simple family? Was this evil spirits, hoaxes, pranks, or something else entirely? Although the case of the “artistic poltergeist” has largely been forgotten, it is one of the stranger and more intense reports out there, and still manages to elude any real answers.