The tourist photographed a UFO in the Canary Islands 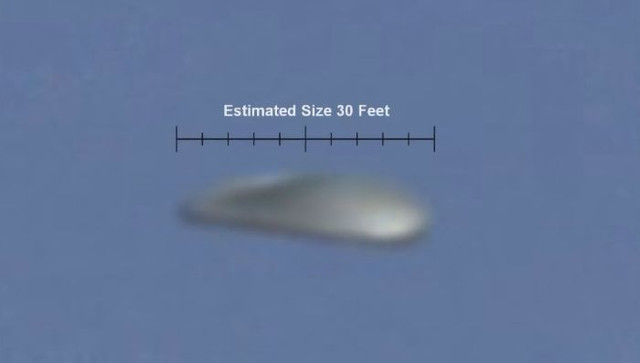 Richard Daniels rested with his family in the Canary Islands and took this picture on the island of Fuerteventura while in the village of La Oliva.

Richard said that at first he took this object for a bird and took some pictures, but after enlarging the photo, he discovered that it was not a bird at all, but a real UFO, the size of which reaches up to 9 meters in length.

Im not really into UFO videos or pictures as they are usually easily faked by hoaxers on YouTube but this one intrigued me. It was sent to me by a subscriber who photographed this unknowingly while he was on holiday. He only noticed the object while going through his holiday snaps, at first he thought it was a bird. The original image is very high quality and includes his son and daughter who i have cropped out. After I processed the full image I can say conclusively, that the object is there, and has not been added. All i can say is that its not a bird, so i guess its either a drone or an alien craft. Thanks to Richard Daniels for the images. If you have something interesting to share then contact me on here or my facebook page, if i use i will credit and in some cases pay a fee for images or video that i may use.

Antarctica’s two most important glaciers, Pine Island and the Thwaites Glacier, are crumbling faster than ever. When these glaciers melt, the sea level will rise by a meter.

At the end of October, experts expect a very strong magnetic storm. They noted the fact that it will become the most powerful in recent years.

30.09.2020 laikas 17:08 Nazca drawings point to the ancient temple of Angkor Wat
If we take and draw lines across the entire globe from that position in which they are drawn on the Nazca plateau, then we will get a semblance of a modern globe and all the lines from the other side of the globe will converge on the ancient Angkor Wat temple in Cambodia....