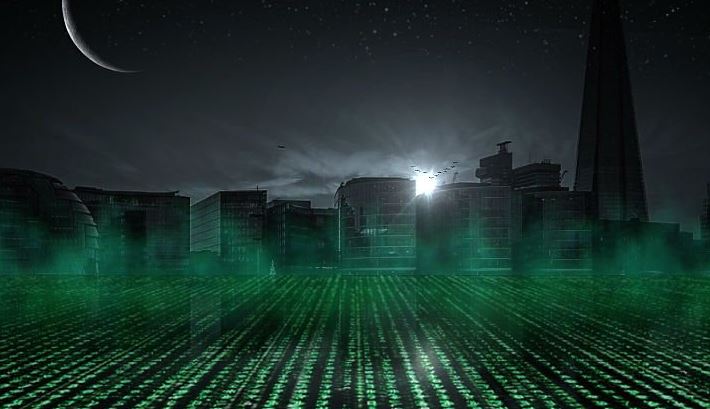 The more we learn about the nature of reality, the more mysterious it seems. Fantasies like The Matrix films propose that life, as we know it on this planet, is nothing more than a highly complex computer simulation generated and imposed on our minds by sophisticated machines.

Yet we might not have movies like The Matrix if it weren’t for the discovery of the perplexing but apparently real nature of the world on a subatomic level. On this quantum level, if we understand it correctly, the matter seems to exist as both particles and waves – or the potential to be either – and how it ultimately behaves is determined by observation.

This is a highly complex subject and well beyond the scope and depth of this article, but it may be that reality at a subatomic (or quantum) level may be determined by our own consciousness.

Not all scientists quite agree with that conclusion, but it is a possibility. The bottom line is, the universe may be a set of probabilities and the world we experience day-to-day is just the most probable.

This notion leads to the concept of multiple universes (or dimensions) created by other probabilities, time travel and other mind-bending ideas. So as fantastic as The Matrix may be, reality may be far stranger.

One aspect of that strangeness is covered with great intelligence and forthrightness in Jenny Randles’ book Time Storms: Amazing Evidence for Time Warps, Space Rifts, and Time Travel. In it, she makes a convincing case that time travel is not only possible, but that it may be taking place regularly around the world.

Randles lays the groundwork for such a possibility by explaining the current scientific thinking about quantum physics and the nature of time in layman’s terms. Her explanations are clear and pretty easy to understand, which is quite a feat for such a complicated subject.

And the reason for laying this groundwork is to offer a possible explanation for the many highly strange (can we call them paranormal?) experiences people have had that seem to indicate tears, warps or leaps in the fabric of time.

These fascinating anecdotes, which Randles has collected from all over the world, are the meat of the book. And they all have one common element: a peculiar energy cloud that can transport people and very often their vehicles into some unknown dimension.

The result for these people can be missing time (from just minutes to days), disorientation (what Randles calls the “Oz Factor”), teleporation over impossible distances, electronic failure, gravity anomalies and other phenomena.

These peculiar, glowing clouds — time storms — just may be an explanation for a variety of paranormal phenomena, including ghosts, spirits, synchonicity, deja vu, UFOs and what is thought of as alien abductions.

Randles suggests that none of this is paranormal at all, but that these time storms are just a scientific reality that we do not understand yet.

Here are just a few of the true accounts from Time Storms:

Putre, Chile, 1977 – At 3:50 a.m. on April 24, during army training exercises, a guard saw two fuzzy violet lights descending from the mountain and heading their way. At 4:15 a.m., Corporal Armando Valdez set out into the dark to investigate them.

He returned 15 minutes later, but from the opposite direction in which he set out. He seemed to be in a kind of trance, muttering, “You do not know who we are or where we come from.” Inexplicably, the corporal had several days growth of beard, and his watch had stopped at 4:15 – but showed a date of April 30!

Oxford, Maine, 1975 – At 3 a.m. on October 27, David Stephens, 21, and an 18-year-old friend were in a wooded area when they heard a strange sound. They got in their car to go investigate, and the vehicle was soon enveloped in a colored glow.

There was a blink in reality and the two instantly found themselves about a mile away with the car pointing in the opposite direction. They subsequently suffered various physical abnormalities, including severe disorientation.

Somerset, England, 1974 – On July 28, Peter Williamson was having a barbecue in his backyard garden, which was interrupted by a heavy electrical storm. His dog, spooked by the threatening atmosphere, cowered under a tree. Peter went to rescue the animal.

There was a bright flash – and Peter vanished into thin air! Police were called and a thorough investigation and search were conducted, without success. At 8 a.m., three days later, Peter was found in some nearby bushes with one foot in a pond – as if he had just appeared there out of nowhere.

Linhares, Brazil, 1981 – On April 20, Jorge Ramos, who was a representative for a chemical company, left his home at 6 p.m. to travel a few miles to a meeting. He never arrived. His Volkswagon was found on a side road a few miles from his home; the key was still in the ignition and all his business and personal effects were in the car.

Police investigations could not account for what happened to Jorge or where he was. Five days later, his wife received a frantic call from Jorge. He said that while driving his car he was covered in a strange white glow after which he found himself in a dreamy, floating state.

He came to standing by an unfamiliar road and sought help. To his shock, he discovered that the date was now April 25 – and he was 600 miles from home!

This is just a small sampling of the many true accounts offered in Randles’ book, and she says there are many, many others she did not include. The time storm phenomenon seems to happen with some regularity, and many might never be reported.