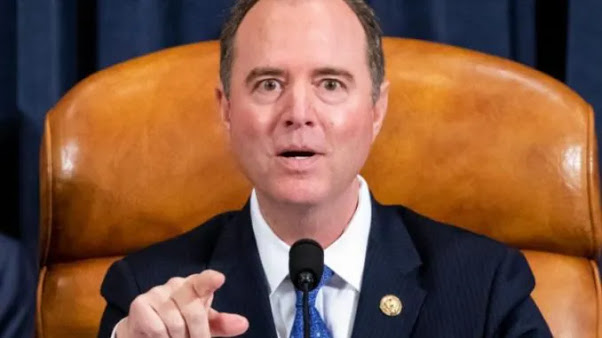 Schiff, the House Intelligence Committee Chairman, who was responsibile for hyping false allegations of “Russia collusion”, made his comments in an op-ed for USA Today

Breitbart reports: In 2016 and 2017, the outgoing Obama administration used intelligence and law enforcement to undermine the incoming Trump administration with false allegations about collusion between the Trump campaign and the Russian government.

Schiff insisted in March 2017 that there was “more than circumstantial” evidence of collusion. Ultimately, however, Special Counsel Robert Mueller’s investigation found that there was, in fact, no evidence that any American colluded with Russia.

Schiff also defended the FBI, claiming it had done nothing wrong in seeking secret FISA warrants against Trump campaign aide Carter Page. That assertion, too, was later disproven by the Department of Justice Inspector General’s investigation.

In his Sunday op-ed in the USA Today, Schiff took issue with Trump’s reaction to the election results, even criticizing his visit to Arlington National Cemetery on Veterans Day:

President Donald Trump went to Arlington National Cemetery on Wednesday, Veterans Day, to lay a wreath at the Tomb of the Unknown Soldier. For any other American president, this simple act of remembrance would serve to reinforce the bond between the American people and the millions of our fellow citizens who have taken up arms in the nation’s defense over the past two and a half centuries.

But Trump’s pantomime of patriotic fealty at Arlington was belied by his refusal to honor the most sacred obligation of any president — a commitment to an orderly, peaceful transfer of power from one chief executive to the next.

The results of this election are clear: Trump lost, Biden won, and no amount of misinformation spread by the president will change that. It isn’t even close. Biden won with likely more than 300 Electoral College votes and a margin of more than 5 million popular votes.

Schiff also led the effort to impeach and remove Trump from office in 2019 and 2020, conducting most of his investigation behind closed doors. Trump was acquitted by the Senate.

Trump has repeatedly said that he would leave office if he had lost the election. He is currently challenging the results.