Mark of the beast? UN rolls out biometric digital ID wallet and passport 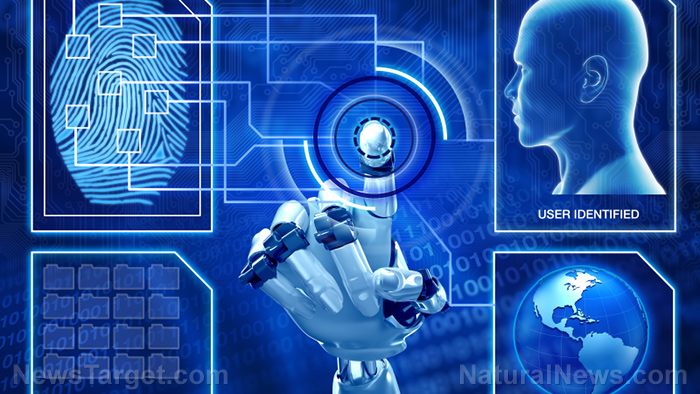 The biometric ID wallet was the brainchild of the UN Digital Solutions Center (UN DSC) – a pilot project of the World Food Programme and the UN High Commissioner for Refugees, with operational support from the UN International Computer Center. The UN DSC strives to create digital solutions to help UN agencies with common operational and transactional tasks.

Type 1 DTCs consist of a “virtual component” only, with electronic machine-readable travel documents such as passports serving as physical authenticators. Data is extracted from the physical credential and stored in a digital container, such as a smartphone. The physical document serves as a backup credential.

Type 2 DTCs have both a physical and virtual component, in addition to the machine-readable travel document. Authorities issuing travel credentials will extract data from a central database and digitally sign these credentials. The digital container, such as a mobile phone, serves as the primary backup while a physical document serves as an alternate backup.

Type 3 DTCs eschew machine-readable documents entirely, making use of both the physical and virtual DTC components. Issuing authorities would only give travelers a DTC with no physical document.

The ICAO’s Technical Advisory Group for the Traveler Identification Programme (TAG/TRIP) endorsed specifications for Type 1 DTCs, the first of three the agency is working on as of writing.

However, Spiro Skouras of the Activist Post commented on the implications these new digital documents would have on the regular person: “Every aspect of our lives will be centralized digitally using biometrics, … the blockchain, AI [artificial intelligence] and 5G.”

He then raised a question: “What kind of social controls could this possibly provide the technocrats, if people decide not to obey certain restrictions or requirements?” Skouras concluded his piece by saying that technocrats need not mandate anything if they can “encourage” people to obey.

Skouras gave a striking example: Unless individuals get vaccinated, they may not be able to travel or go to work, or their payments may be frozen.

Indeed, Skouras’ example is starting to be realized – thanks to British politician Tom Tugendhat and Microsoft co-founder Bill Gates. His example is definitely apt as the world is experiencing the effects of the coronavirus pandemic.

The Member of Parliament said people who do not consent to mandatory vaccination measures could be segregated and prohibited from traveling and working. He added that mandatory vaccines should be paired with coercion to “punish” people: Those who choose not to take vaccines will not be allowed to gather at public venues, concerts or stadiums until they can provide proof of vaccination.

Tugendhat compared the measure to those already in place at different regions. For instance, yellow fever vaccines are mandatory in order for people to enter some countries. He added: “Of course, you’re free not to have the vaccine, but there are consequences.”

Gates is another individual pushing for digital certificates of vaccination, which he outlined during a Reddit Ask Me Anything (AMA) session. According to the Microsoft co-founder, the agenda moving forward is to vaccinate every person on the planet with a COVID-19 jab and track them with digital certificates.

This agenda echoed an earlier answer he gave in October 2019 during his Event 201 forum, when someone asked him about what changes will businesses have to make in order to maintain economic activity while providing social distancing. Gates responded: “Eventually, we will have some digital certificates to show who has recovered or been tested recently – or when we have a vaccine, who has received it.”

TAIP PAT SKAITYKITE:
02.03.2021 laikas 20:37 It begins: Employer – ‘If you’re not vaccinated, you’re not working here.’ Welcome to the future of America?
Many citizens in the United States are facing the possibility of mandatory COVID-19 vaccinations, implemented by employers, cities, states, or even through federally-related regulations.