25 Common Superstitions And Their Origins 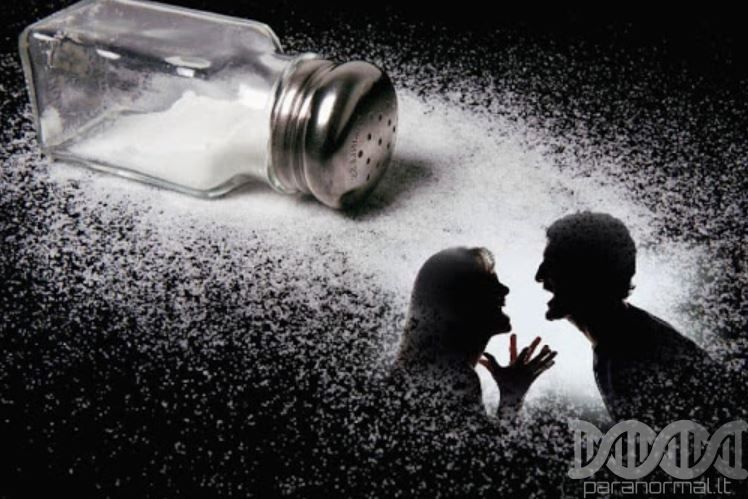 From avoiding walking under ladders to carrying a rabbit’s foot for good luck; why do we do the things we do? What is the origin of many of our most common superstitions?

Even though many people believe that this superstition started with the Pharaohs in ancient Egypt, most historians trace the belief back to Victorian times when the poorly designed umbrellas of the time would have been a very legitimate hazard indoors.

24. Walking Under a Ladder is Bad Luck

Egyptians regarded triangles as sacred and since a ladder resting against a wall forms a triangle it was not ok for someone to walk through it.

Looking into the mirror to predict the future was a practice used in ancient Greece and was called catoptromancy. Having a distorted reflection was considered a really bad sign. Later the Romans taught the idea that people have 7 year cycles of good health and then bad health. Combine those two traditions and the modern superstition is born.

22. When you spill salt, toss some over your left shoulder to avoid bad luck

Tossing spilled salt over your left shoulder started around 3,500 BC by the Sumerians. After that the tradition spread to the Egyptians, Assyrians, and later the Greeks.

21. Knock on wood to prevent Disappointment

Even though this is a very common superstition, historians are unsure what the true origins are. They believe it is possible that the habit comes from touching a wooden crucifix while taking an oath.

20. Hang a horseshoe on your door with the open end up for good luck

During the middle ages many people thought that witches feared horses and would stay away from any sign of them. Because of this the people would put horseshoes on their barns during the summer.

19. A black cat crossing your path is unlucky

Originally because of ancient Egyptians cats were considered good luck. But when King Charles the I mourned the loss of his cat he decided that his luck was gone. Now people all over the world believe the sight of a black cat is bad.

Also known as triskaidekaphobia, the fear of the number 13 originates back to Norse mythology when 12 Gods were said to be having dinner when Loki, the God of strife and evil, crashed the party and ultimately caused the death of Balder, one of the Gods.

In ancient times the Celts believed that four leaf clovers were powerful objects and that they could be used to ward off evil.

16. Wishing upon a shooting star

In the first century Ptolemy theorized that shooting stars resulted from gods peering down on the Earth. While the gods were looking people would send their wishes and hope that they would hear them.

15. Holding your breath while passing a cemetery

Normally this is attributed to the connection between breathing and living. However in some Native American cultures breathing near the dead was risky because you might accidentally inhale someone’s soul.

14. Throwing coins in a fountain for luck

Originally this was practiced by the ancient Romans and then was also used by the Celts. Many theorize that it was to appease the water gods.

Blowing out the seeds of a dandelion originated in Celtic Mythology. It was believed that dandelions could cure diseases and would bring about good fairies.

12. Putting hats on a bed is bad luck

Some cultures used to think that evil spirits lived in people’s hair and would get on their hats.

11. Putting candles on a birthday cake

10. It’s lucky for a bride to see a chimney sweep on her wedding day

In 1066 King William was about to be run over by a carriage but was saved by a near by chimney sweep. The king then invited him to his daughter’s wedding and chimney sweeps are still seen to be lucky to this day.

9. Seeing the bride on the wedding day is bad luck

This was seen as bad luck because it was often worried that if the bride saw the groom she might get cold feet and not follow through with the wedding plans. This may also be because many weddings used to be prearranged.

8. Carrying the bride over the threshold

In western cultures it was seen as bad luck for the bride to trip while entering her new home so to completely avoid the possibility the groom would just carry her. Just as long as he doesn’t trip everything should be fine.

During the seventh century BC the rabbit came to be considered a talismanic symbol and it’s left hind foot was a way to benefit from the rabbit’s luck.

6. Bird droppings on your head for luck

This belief possibly stems from the idea that if you have bad fortune the tide will soon turn in your favor. With life having its different cycles it would make sense that people would think: ‘well it can only get better from here!’

5. Wearing the wedding ring on the fourth finger of the left hand

This tradition started when the ancient Romans dissected corpses and found that there was a specific slender sinew or nerve that ran from the left fourth finger to the heart.

4. Wishbones being associated with luck

Ancient Etruscans would often use chickens in their sacred divination rituals. People believed that if they saved the wishbone after the chicken died they would be able to benefit from the oracles magic.

3. Lighting three cigarettes with one match is unlucky

Some people believe that this rumor was started among soldiers who believed that by the time they lit their third cigarette a sniper would have spotted them. Others say that the business man Ivar Krueger came up with the idea in order to get people to buy up more of his matches.

2. Placing shoes on the table

Many years ago when a miner died his shoes would be placed on a table. This tradition led to the superstition that putting shoes on a table brings bad luck.

1. Step on a crack and break your mother’s back

Although the exact origin is uncertain this myth became popular when it was published in Fletcher Bascom Dressler’s book “Superstition and Education” in 1907. It does make sense to avoid cracks while walking so that you don’t risk tripping. Perhaps this superstition goes back to fear of instability and the symbolism of falling in life.