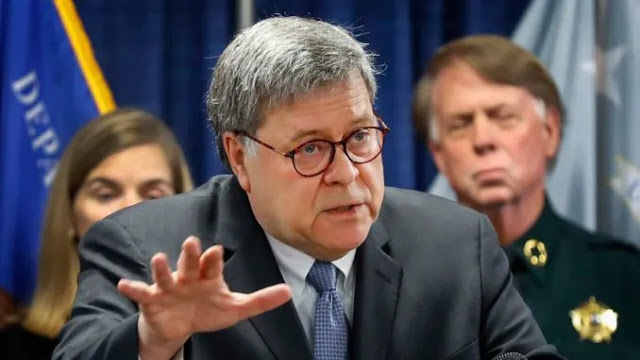 US Attorney General Bill Barr has directed the Federal Bureau of Prisons to schedule executions for four inmates, including two pedophiles, convicted of murdering children.

In July of 2019, AG Barr directed the Federal Bureau of Prisons to revise the Federal Execution Protocol to provide for the use of a single-drug, pentobarbital — similar to protocols used in hundreds of state executions and repeatedly upheld by federal courts, including the Supreme Court, as consistent with the Eighth Amendment, the DOJ announced.

Last year, the US Court of Appeals for the Nine Circuit blocked the execution of a federal inmate.

Thegatewaypundit.com reports: However, the US Court of Appeals for the DC Circuit recently vacated a preliminary injunction preventing the BOP from carrying out executions.

The DOJ said this ‘cleared the way for the federal government to resume capital punishment after a nearly two-decade hiatus.’

The executions are scheduled a few days apart and will begin on July 13.

“The American people, acting through Congress and Presidents of both political parties, have long instructed that defendants convicted of the most heinous crimes should be subject to a sentence of death,” said Attorney General William P. Barr. “The four murderers whose executions are scheduled today have received full and fair proceedings under our Constitution and laws. We owe it to the victims of these horrific crimes, and to the families left behind, to carry forward the sentence imposed by our justice system.”

In accordance with 28 C.F.R Part 26, the BOP has scheduled executions for the following death row inmates, via the DOJ: