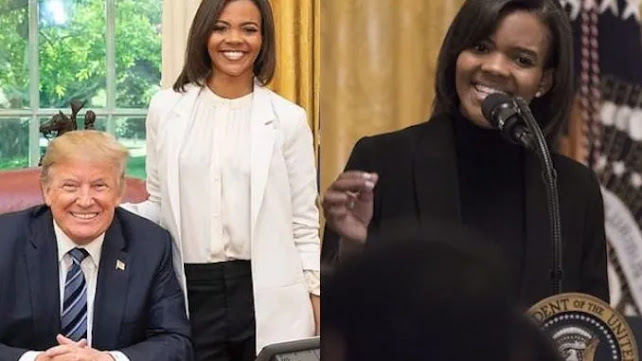 Conservative commentator and BLEXIT co-funder Candace Owens has announced her intention to run for President to finish the job of draining the swamp and defeating the “evil” Deep State.

On Saturday, Owens wrote the following to her 2.5 million Twitter followers:

“I love America. Thinking about running for President.”

I love America. Thinking about running for President.

The news comes after Owens accused far-left Rep. Alexandria Ocasio-Cortez of lying about the events on Jan 6, where AOC claims she “feared for her life.”

“On a day in which #AlexandriaOcasioSmollett is trending, please never forget the time that @AOC staged a photo shoot dressed in all white at a parking lot to spread lies about immigrant children in cages.”

“Faking her own attempted murder was the next logical step.”

AOC also dubiously claimed that two pipe bombs were discovered outside the Democratic and Republican National Committee headquarters following the Capitol riots had been planted by “Trump supporters.”

“There were absolutely ZERO bombs planted by ‘Trump supporters,” Owens fired back at AOC.

“Pipe bombs were planted outside of both Republican and Democratic Headquarters the night before Trump’s speech—and the FBI has no idea who planted them,” she added.

She’s feuded with a number of public figures, ranging from the rapper Cardi B to New York Congresswoman Alexandria Ocasio-Cortez.

In December, after Ocasio-Cortez claimed Republicans would probably be “crying in the walk-in fridge” if they ever worked a restaurant job, Owens slammed her as a “spoiled rotten brat.”

“And then he sent his French fries back THREE times! Republicans could NEVER handle that”

“I used to be a waitress and I worked multiple doubles,” Owens tweeted at the time. “I am laughing out loud at how much of a coastal elitist you have to be to view that as the definition of a hard day at work. Please get on a plane and see the rest of the world (or country) you spoiled rotten brat.”

Ocasio-Cortez, who also turns 32 this year, would likewise meet the presidential age requirement in 2024.