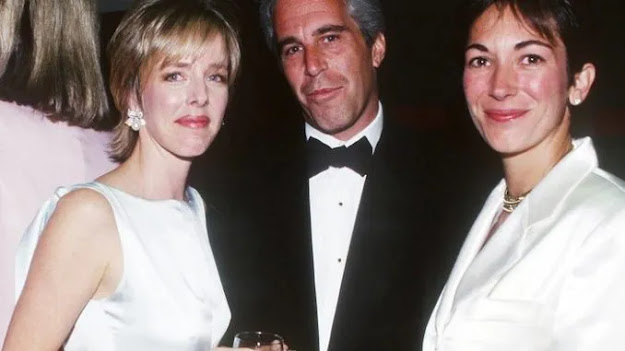 A British aristocrat and frequent flyer on Jeffrey Epstein’s ‘Lolita Express’, and who stands accused of sexually abusing one of Epstein’s alleged victims, has stepped down from her role with the UK’s National Society for the Prevention of Cruelty to Children (NSPCC).

Hazell took 32 flights on Epstein’s infamous airplane between 1998 and 2000, which included “trips to his homes in New York, Florida, the Caribbean and New Mexico,” according to the Daily Mail.

Epstein accompanied Hazell on all but one of the trips aboard the plane, per flight logs.

Ms Hazell was studying at Ohio State University in the 1990s and reportedly had a modelling agency and an apartment in Columbus, Ohio.

The friend described her as being at Epstein’s ‘beck and call’, saying how mutual plans would be cancelled immediately if she was needed by Epstein and Maxwell. –Daily Mail

Farmer said that Hazell “liked having nice drinks, piles of cash and nice outfits.” She was listed in Jeffrey Epstein’s famous Black Book as “Clare Hazell-Iveagh.” 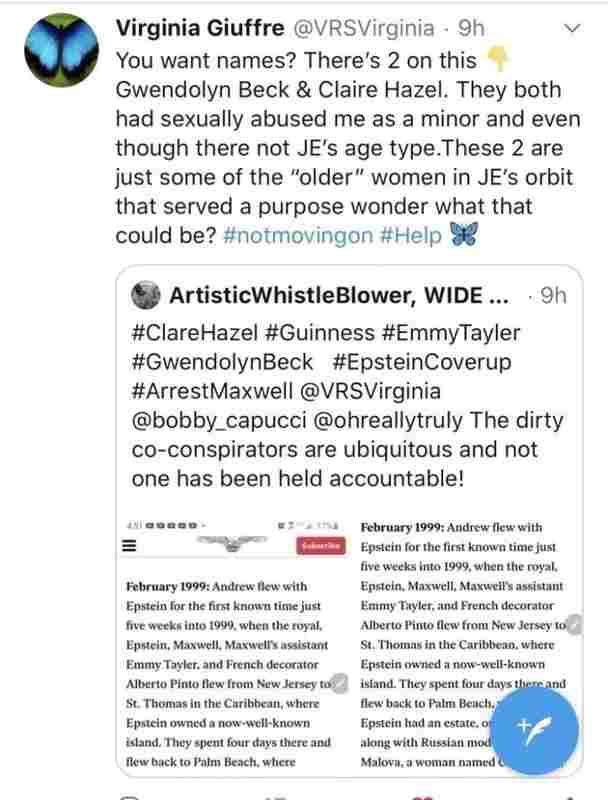 ZeroHedge report: Hazell, formerly the President of the NSPCC’s West Suffolk branch hosted events for the charity at Elveden Hall – a lavish estate in Suffolk, England owned by the Guinness family since 1894 in which several scenes from Eyes Wide Shut were filmed. The estate now operates as a farm, growing root vegetables and cereals on the 22,000 acre property.

The NSPCC immediately sought to distance themselves from Hazell, who a spokeswoman told the Mail “had a local volunteer fundraising role within a small branch based in the West Suffolk area,” adding “She no longer volunteers with us.”

Maxwell and Hazell reportedly met in a bar, where Maxwell introduced her to Epstein. And according to another Mail article from July 3, US prosecutors want to have a chat with Hazell.

According to the Sunday Mirror, describing Hazell anonymously:

The woman – now married to a multi-millionaire – jetted between his homes in New York, the Caribbean, Florida and New Mexico.

She was among guests at his ranch Zorro – where pictures of young girls adorned the walls and pinhole cameras were “everywhere”.

Lawyers for Epstein’s victims have asked to interview the woman, who featured in his “little black book” of social contacts.

Attorney Josh Schiller told the Sunday Mirror he has contacted the unnamed woman at her UK home.

“I can confirm that we have already asked to interview her,” he told us. –Mirror

Much like Epstein pal Prince Andrew, Hazell has not been charged with any of the crimes she’s been accused of, however we somehow doubt she’ll be speaking with US prosecutors anytime soon.