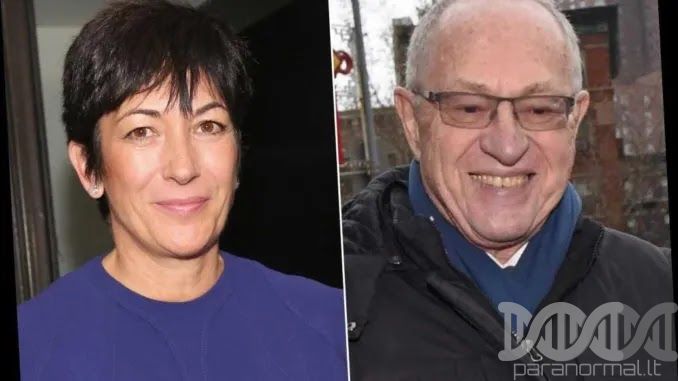 Epstein lawyer Alan Dershowitz has come out in defence of Ghislaine Maxwell following her arrest by the FBI.

“Everyone should keep an open mind about Maxwell as they should about others who have been accused by Epstein’s alleged victims,” Dershowitz, who has also been accused of sex abuse, wrote in an op-ed that was published on Friday.

The lawyers touting of Maxwell’s friendship with the Clinton’s as evidence of her good character has left many scoffing in disbelief.

RTreports: The famous lawyer penned an op-ed for The Spectator in which he sought to set out his own relationship with Jeffrey Epstein’s alleged madam and argue that she must be presumed innocent.

Dershowitz, who has himself faced accusations of involvement in Epstein’s sex ring, explains that he was first introduced to the British socialite by a member of the Rothschild family and when he subsequently met her, on “several occasions”, she was in the presence of esteemed people such as Nobel Prize winners, university presidents and even Bill and Hillary Clinton.

The irony of citing the Clintons as character references for a person accused of misconduct relating to sex didn’t go unnoticed and many took to Twitter to point this out.

Former British ambassador Craig Murray wrote: “Alan Dershowitz argues that Ghislaine Maxwell could not possibly be a predatory sexual pervert because her friends were people like…. Bill Clinton. Ahem.”

Alan Dershowitz argues that Ghislaine Maxwell could not possibly be a predatory sexual pervert because her friends were people like.... Bill Clinton.
Ahem.https://t.co/6D0DWv2cTv pic.twitter.com/lSYR1dsXQk

While another sardonic commenter added: “Yes of course. Those in positions of power and wealth never commit any crimes.”

Dershowitz’s article even prompted a response from Juanita Broaddrick, a former Bill Clinton volunteer who claims the politician raped her in a hotel room in the 1970s. “Weird… Why exactly did Dershowitz write this?” Broaddrick asked.

Weird... ...why exactly did Dershowitz write this?

The piece appears to have backfired on Dershowitz as, far from explaining away his connection to Maxwell and Epstein, it sparked a slew of tweets about the subject. The reaction even saw his name to climb into the Twitter trending charts in the United States.

Like to imagine Alan Dershowitz wrote this with little sweat droplets popping off of him like a looney tunes character pic.twitter.com/XfKBYhIsht

thinking about Alan Dershowitz writing this lede and going "ah yes, this will finally dispel all those crazy conspiracy theorists" pic.twitter.com/UHkqG0bEJ6