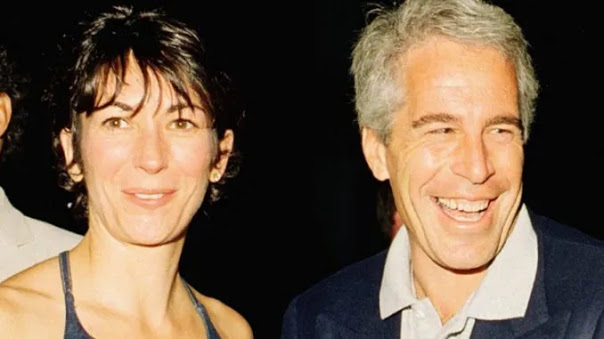 Ghislaine Maxwell has been subjected to exceedingly harsh prison conditions, including invasive searches, 24-hour surveillance and sleep deprivation, according to her lawyer Bobbi Sternheim.

Sternheim, told a Manhattan judge on Tuesday that the British socialite faces more restrictive conditions than inmates convicted of terrorism or murder.

Maxwell is awaiting trial on multiple counts of child trafficking. She is suspected of procuring young girls for the late pedophile Jeffrey Epstein to abuse, as well as abusing some of them herself. She has denied the charges.

RT reports: The onerous conditions that Maxwell has to endure at the Metropolitan Detention Center in Brooklyn rival those reserved for the US’ most dangerous prisoners held in America’s “Supermax” prisons, the British socialite’s lawyer, Bobbi Sternheim, said in a letter to US District Judge Alison Nathan.

The months she spent behind bars since her arrest on July 2, 2020, were “de facto solitary confinement,” the lawyer said, arguing that such measures were excessive in light of the fact that his client was a “non-violent, exemplary pretrial detainee with no criminal history.”

“She is excessively and invasively searched and is monitored 24 hours per day,” Sternheim said in the letter cited by the US media. He also said that prison cameras specifically follow her movements when she is allowed to leave her cell and are particularly “focused on Ms. Maxwell and counsel during in-person legal visits.”

‘And despite non-stop in-cell camera surveillance, Ms. Maxwell’s sleep is disrupted every 15 minutes when she is awakened by a flashlight to ascertain whether she is breathing.‘

A notorious pedophile and an American financer, Jeffrey Epstein, died in a New York jail in August 2019 ahead of his trial on federal sex trafficking charges. His death was officially declared a suicide but its circumstances provoked widespread speculation.

After his death, US Attorney General William Barr blasted what he called “serious irregularities” in Epstein’s handling by prison staff. Now, the Metropolitan Detention Center authorities are apparently seeking to prevent Maxwell from sharing her alleged accomplice’s fate.

According to the lawyer, jail officials admitted they could not “place her in general population for her safety and the security of the institution.”

Now, Sternheim has complained that his client is deprived of almost all opportunities provided to the general-population inmates, as well as saying that she is not given enough time to review the “voluminous discovery in this case” or “prepare the defense of her life.”

His letter comes just a day after US prosecutors said Maxwell was quarantined after a jail staffer tested positive for Covid-19. They said that Maxwell was also tested and the results of her test was negative but she was put into isolation for two weeks regardless.

Sternheim, however, argued that his client’s treatment during the quarantine was inadequate, since staff stopped doing daily checks on her health and did not inform her about the test results. She was not provided with any instructions on what to do if she displayed any symptoms, he added.

The lawyer said that, despite the quarantine requirements saying no one could enter her cell, “an unidentified man entered to take photographs and a guard entered to [conduct a] search.”

The inmate’s legal team asked the court to order the jail’s warden, Heriberto Tellez, to report directly to the judge as well as to Maxwell’s lawyers when it comes to her detention conditions. Nathan ordered the Sternheim and the prosecutors to meet and send her a status report on the issue within the next week. She also said that the jail’s warden must directly address Maxwell’s concerns about her detention conditions.