Close Encounter With The Other Kind: UFOs And Other Secrets 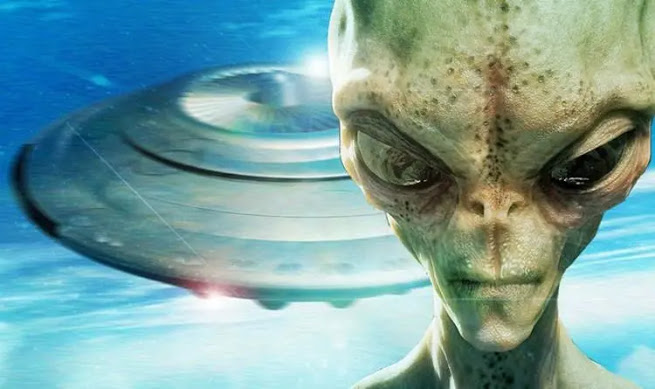 (Paranormal) The idea of the existence of alien life, exploration of extra-terrestrial life and spotting of vague flying objects always enticed the scientific community. Fueling scientific passions, a genre of writers began producing a manifold variety of science fiction to whet the inherent curiosity and inquisitiveness of the science enthusiasts.

Soon, flying saucers or flying discs/Unidentified Flying Objects (UFO)s became extensively used terms in common parlance. Colloquially, references to UFO became synonymous to an alien spacecraft. While there has always been a latent obsession towards UFO, the issue started gaining more momentum ever since US government’s public disclosure.

On December 16, 2017, US Defense Department conceded that it funded a programme on UFO till 2012, which existed in various avatars. The $600 million Advanced Aerospace Threat Identification Program (AATIP), which was shut down in 2012, started in 2007 at the behest of Nevada Senator Harry Reid.

New revelations suggest the programme was run by an aerospace company run by billionaire entrepreneur Robert Bigelow, a friend of Reid, who is currently working with NASA for developing an expandable raft for humans in space. Upon repeated questioning senator Reid confided that black money was used to fund the program on UFO, which was classified and designated as “Restricted Special Access Program”.

Backing the programme in 2009 government argued that “what was considered as science fiction is now a science fact”. AATIP which was started with much fanfare was mysteriously terminated suddenly in 2012. Now hell broke loose with several Pentagon officials questioning government funding since earlier projects on UFOs were called off for negative conclusions.

In the US, for long, scientific communities and defense personnel locked horns over the existence of UFOs. Scientists asserted that the overwhelming banner of UFO included not only rare sightings but an unusual phenomenon that are largely unexplained by science.

Experts argued often certain unusual natural phenomenon which is categorised as UFOs merited serious investigation and should be taken up case by case. Debunking the myth of UFOs researchers implored the government to exercise caution and not attribute everything to the existence of alien creatures.

Post-World War II, US-initiated projects to extensively investigate UFO’s on grounds of national security, which intensified during the cold war era. In 1948, US instituted the Project Sign, a highly classified programme to probe the extraterrestrial origins of flying saucers and dismantled it within a year without making the details of study public.

This was soon followed by Project Grudge, which was replaced by Project Blue Book that was officially closed in 1970 marking the end of US government’s official support to UFO programme. Ambiguous denouements of the projects frustrated defense personnel who soon withdrew from these projects.

But nonetheless, enthusiastic astronomers and scientists soon formed private scientific consortiums and pursued investigations of UFO with renewed vigour. Parallelly, bewitched by the mysteries of alien life, NASA started looking for signs of life in the Solar System. Currently, UFO investigations in the US are collectively taken up by SETI (Search for Extraterrestrial Intelligence) which searches for signs of life by monitoring electromagnetic radiations, NASA’s Kepler Space Telescope and Mars Science Laboratory.

Despite the overwhelming frenzy to reconnoitre and explore UFOs, focused investigations on the same are not discussed openly even now. UFO study is still considered a stigma by US defense personnel who questioned the justification behind allotment of huge amounts of funds for UFO investigations.

Interestingly though the existence of UFOs is often dismissed as conspiracy theory, fib of occultism and fictitious, harrowing experiences of Naval personnel and Sailors have prompted institutions and countries to investigate UFOs. Now countries like France, Sweden, Russia, China, UK, Canada and Latin American countries are pursuing UFO investigation in a big way.

Soon the study of UFOs has graduated into a neologism referred to as Ufology. In a major boost towards searching for extraterrestrial life, in 2015 Stephen Hawking, spearheaded a new programme, Breakthrough Initiatives funded by Russian billionaire Yuri Milner to search for intelligent alien life.

While contrarian views regarding UFOs their relevance, existence and need for investigations continue to trigger huge debate, a new sighting by sky observers is enthralling scientists. The team of Breakthrough Listen has identified a 260ft long cigar-shaped spacecraft hurtling through the Solar system at speeds of 196,000 mph in October 2017. Ever since scientists have been closely monitoring the interstellar object initially believed to be an asteroid or a comet.

Discovered by Pan-Starrs Project at the University of Hawaii, it was termed as Oumuamua, a Hawaiian term meaning scout or messenger. International Astronomical Union (IAU) designated this object as I1/2017U1, I as in Interstellar 1 since it is first object to enter our Solar System from the outer confines. Scientists found that the object has been emitting electromagnetic radiations not produced in nature.

Though scientists haven’t arrived at unanimity with regards to its origin they found that the interstellar object is unusual for a rock. Travelling at speeds several folds more than light, it is unlikely to be bound by the gravitational force of Sun. Its architecture suggests that it was designed to minimise damage from interstellar dust and gases.

Based on its speed and trajectory, scientists estimated that it will soon bypass Jupiter and exit our Solar System. Investigations contended the object to be first ever craft to have visited our Solar System suggesting the possibility of the existence of alien civilisations.

This discovery added more heft to the claims of Stephen Hawking who unequivocally believed in the existence of advanced aliens and their colonisation of planets whichever they can reach. This new celestial discovery can span out be a turning point in the study of UFOs.

For decades, several scientific groups believed that UFOs are real and represent advanced technology. But none of the groups could convincingly authenticate their claims. Rapid advancements in science, synergistic cooperation between various institutions backed by financial resources are now offering new hope for UFO enthusiasts.

While UFO investigation is still considered a taboo, the longing excitement to unravel vast expanses of the universe and alien civilisations continues to propel science zealots to relentlessly fathom the enchanting mysteries of unexplored realms.