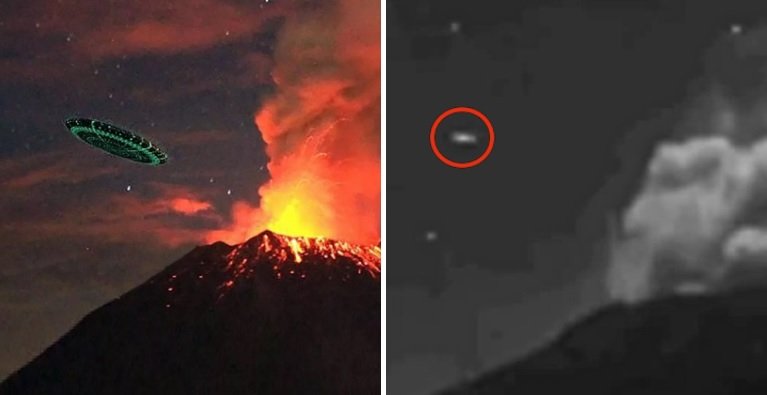 Well-known ufologist Scott Warring shared with the readers of his blog an unusual video, which captures the moment of the UFO approach to the active volcano Popocatepetl (Mexico).

The researcher said that while observing the camera, which records all the changes near the Popocatepetl volcano, he noticed a mysterious disc-shaped object that entered the right vent.

According to the ufologist, at the moment of approaching the mountain, the object is in front of the volcanic cloud, and not behind it, which confirms the version of the entry of a UFO into the mouth of the volcano. If it had been another object, like an airplane, it would have disappeared behind the clouds, Waring continues.

The researcher also concluded that the object is approximately 30 meters long. He also drew attention to the fact that a UFO flies into the mouth of a volcano only at the time of its activity. That is, no aircraft crew would dare to fly through a smokescreen.

Based on the foregoing, the ufologist makes the assumption that an alien base may be located at a depth of 5-7 kilometers, and it is already several thousand years old.