Diogo Alves – The Killer Whose Head Is Still In The Jar 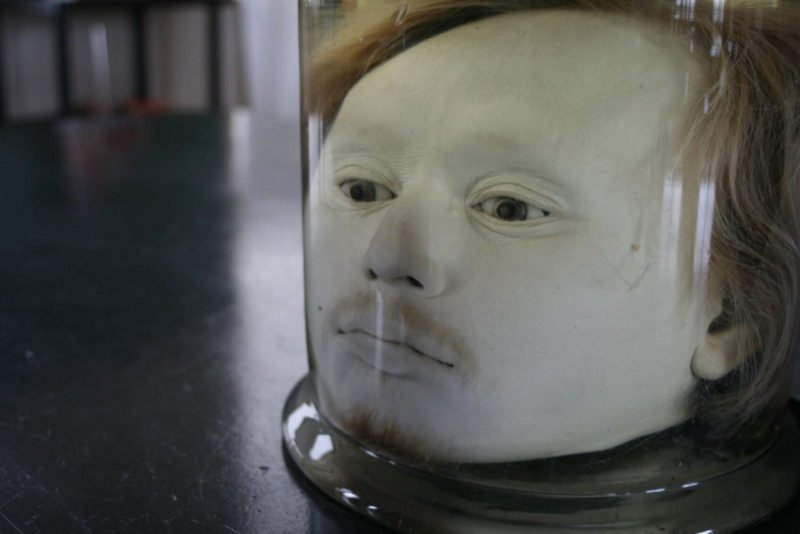 Diogo Alves, Spanish born in Santa Gertrudes, came to live in Lisbon and while still new, became known as the Aqueduct killer from 1836 to 1839. It is at this location that he perpetrated several heinous crimes, many of them (it is thought) instigated by his companion Gertrude Mary, nicknamed “the Parreirinha ”.

Between 1836 and 1840, he killed seventy people. The crimes he committed were all in the area of the Águas Livres Aqueduct, thus earning the title “Aqueduct Murderer”.

Born in Galicia in a peasant family, Alves fell from the family horse while at a young age and hit his head, earning the nickname Pancada (“blow”). At the age of nineteen, his parents sent him to work in Lisbon.

After changing several jobs and ceasing to write to his parents, he began to drink and gamble, meeting up with innkeeper Maria “Parreirinha” Gertrudes. It is believed that this connection instigated Alves to kill.

He began to commit crimes, earning a second nickname “The Aqueduct Murderer”. He robbed poor passers-by, and then dumped them from a height of 60 meters to simultaneously avoid identification and present the deaths as suicides, which he initially succeeded in.

He was eventually caught by the authorities in 1840 following the murder of a family in whose house he had assaulted a doctor. For this he was sentenced to hang.

The story of Diogo Alves, whose death sentence was imposed on February 19 in 1841, intrigued scientists at the Medical-Surgical School of Lisbon.

In an attempt to understand the origin of his perfidy after the hanging they obtained for study his severed head. This surprisingly to this day is preserved in a glass container, where a solution of formaldehyde it has perpetuated the image of a man with calm air – quite contrary to what he was in his violent life. 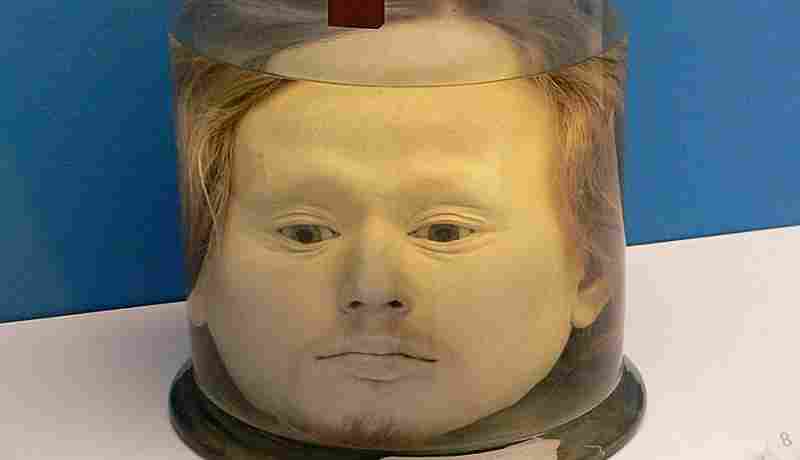 Scientists will never be able to explain what led him to acquire a false key of the Aqueduct, where he hid, to rob the people passing, shooting them in the aqueducts shadows.

At the time, people came to think of it as a wave of unexplained suicides, but many deaths were occured – it took a family of four victims to finally discover that it was all the work of a criminal.

The severed head is currently in the anatomical theater of the Faculty of Medicine, University of Lisbon, following the formation of a cabinet of phrenology by José Lourenço Gomes da Luz, which allowed the preservation of the skull together with Diogo Alves de Matos Lobo (considered by some the last guy to receive the death penalty in Portugal in a rather significant judicial history of Portugal) in the old school medical-surgery.

The head of Diogo Alves was one of the most significant objects – and certainly more horrific – in the exhibition “Passages. One hundred parts for the Museum of Medicine “, held at the National Museum of Ancient Art in 2005.