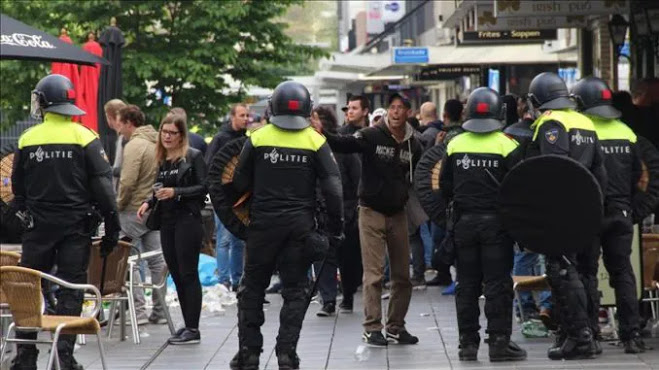 Over the last few years, as awareness continues to grow, child sex rings are finally being exposed after years of official cover-ups and citizen groups are now tackling the problem of pedophiles head on.

There are hundreds of these groups operating in the United States and Europe. They pose as underage youngsters on sites where kids gather and bait the trap. Should they get a potential pedophile taking interest they play along until the pedophile sets up a meet, then they confront him with a video camera and hand the evidence to police.

The British press has reported on many convictions, entirely down to the efforts of these groups, who have decided the protection of children is their ethical responsibility.

But now, national police chiefs have vowed to put an end to these groups, instructing police officers to start arresting the pedophile hunters.

Per the Daily Beast: Reports say there have been 250 incidents involving so-called pedophile hunters in the Netherlands, and Dutch police, following the death, are begging for it to stop.

According to BBC News, East Netherlands regional police chief Oscar Dros has ordered Dutch citizens to “stop pedo-hunting; stop detaining; stop provoking—leave this to us.” The practice has been banned by police and public prosecutors, but is still taking place. Dros said he’d seen incidents when targets have been forced off the road, physically assaulted, and publicly shamed on social media.

The Dutch police chief said the groups’ efforts are misguided because “the evidence these citizens believe they have is often paper thin.” He couldn’t name one example of a hunt leading to a sex crime conviction.

The hunters largely coordinate their efforts on Facebook, where group with names like pedohuntnl have reportedly gathered up thousands of members. One group member told the Dutch NOS network that they just wanted to “protect children,” and said that men descend on underage chat room members in the full knowledge that they are minors.

At the end of October, a 73-year-old man was beaten so badly by a group of teenagers in the Dutch city of Arnhem that he later died of his injuries. Dutch police say it’s the latest and most serious example of “pedophile hunting,” which is sweeping the country.

According to local police, the man, who was a retired teacher, was in an online chatroom where he agreed to meet a 15-year-old boy for sex. The man knew the boy was a minor, authorities say, but there was no evidence that he’d had past sexual contact with underage boys. The man traveled to an agreed meeting point on Oct. 28, where he was ambushed by the group of teenagers. He died in hospital a few hours later.

Seven teenagers have been arrested. According to BBC News, the attorney of the 15-year-old who the man intended to meet said that his client had hatched the plan of hunting pedophiles “out of boredom in this corona time.” The teenagers’ legal representatives have argued that they only planned to confront the man, and didn’t plan to attack him. They claim the situation got out of hand after the man fell awkwardly.

People gathered in Arnhem to pay tribute to the man earlier this week. According to reports, he had multiple children and grandchildren, and his neighbors described him as a kind and friendly man.