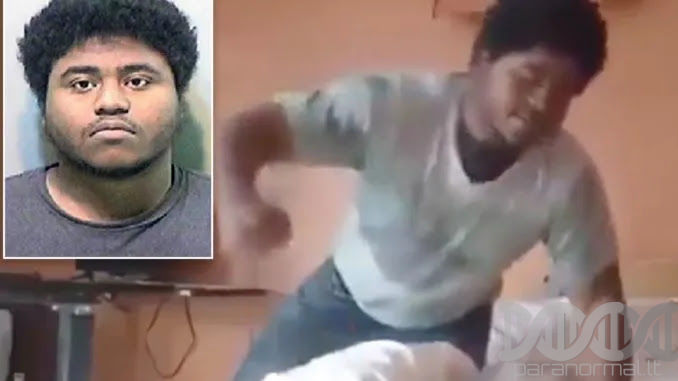 An elderly Michigan man who was viciously beaten on more than one occasion in May by a 20-year-old man placed in the same care facility, passed away on Monday after his health took a turn for the worse after the brutal assaults, according to his nephew.

In mid May, Jaden Hayden was arrested after he was seen in viral videos attacking 75-year-old Norman Bledsoe.

Update: This is a Michigan man named Jaden Hayden. He was in this nursing home because he had coronavirus

Shame on you @GovWhitmer

Haden was placed in the nursing home after Michigan Democrat Gov. Gretchen Whitmer adopted a policy similar to the one employed in New York, and sent patients with Covid-19 to stay in nursing homes.

The disturbing videos outraged the nation, with President Trump commenting on the videos, tweeting: “Is this even possible to believe? Can this be for real? Where is this nursing home, how is the victim doing?”

Due to the beatings, Bledsoe suffered four broken fingers, a broken jaw, and broken ribs. The elderly patient’s appetite and mood collapsed after the attacks, according to his nephew, Kevin Bledsoe.

Kevin said that “His eating habits went downhill after [the alleged assault], and he lost quite a bit of weight,” reported The Detroit News.

“We finally were able to see him last week,” Kevin added, referring to coronavirus restrictions. “He wasn’t doing very good. I guess there just wasn’t anything else they could do for him,” he said.

When Hayden was arrested, it was revealed that he had also used Bledsoe’s credit cards. As a result the 20 year old faces “two counts of assault with intent to do great bodily harm, theft, and two counts of credit card theft.”

Police also investigated other videos Hayden posted on his YouTube channel that appear to show him assaulting other people. In some of the videos Hayden claims African Americans are the “chosen people.”

Hayden is awaiting a hearing on July 30 to determine whether he is mentally fit to stand trial.

The victim’s family has signaled their intent to sue the Westwood Nursing Center.