Forecaster Who Predicted 24 of Last 26 Elections Says Media Is Wrong, Trump Has 91% Chance of Re-election 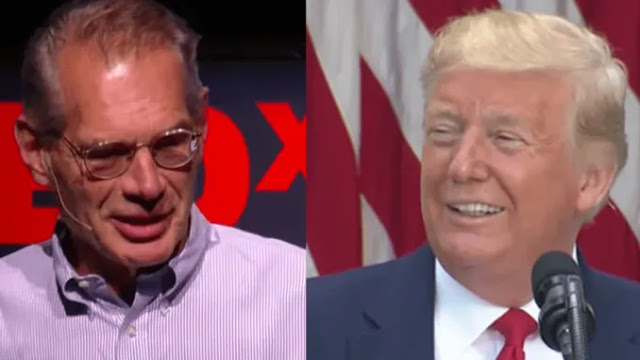 While the mainstream media is attempting to convince America the November election has already been decided and Joe Biden is set to pick up more than 400 electoral college votes, a political scientist and election forecaster who has correctly predicted 24 out of 26 past presidential elections is giving very different information.

Professor Helmut Norpoth finalized his 2020 electoral prediction earlier this month, predicting that President Trump has a 91% chance of securing re-election.

The political scientist and college professor is making his prediction on the basis of a model he has used to successfully forecast five of the last six presidential elections, including the election the entire mainstream media got wrong: Trump’s victory over Clinton in 2016.

Which should come as no surprise if you cast your mind back to the 2016 election and remember the media claimed Hillary Clinton had a “98.1% chance” and in some cases “more than 99% chance” of winning the presidency.

Which of course was proved gloriously incorrect and proved the mainstream media are 1) more than capable of getting things completely, mind-bendingly wrong, and 2) operate as little more than the PR arm of the Democrat Party around election time. 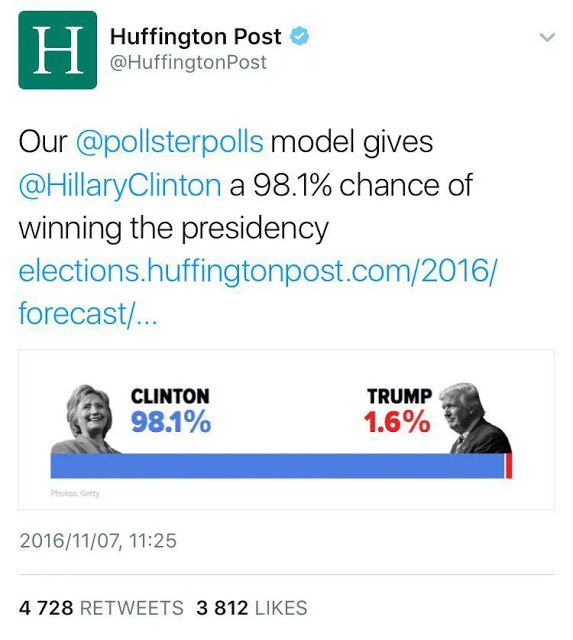 How does Norpoth keep getting it right when mainstream media gets it so wrong? Rather than relying on notoriously unreliable polls, the Stony Brook University professor bases his electoral predictions on the hard data of presidential primary results.

Norpoth is pointing to a record breaking turnout for President Trump in the Republican primaries, and highlighting some of Joe Biden’s early struggles in the Democratic primary.

The now-Democratic nominee secured only around 8% of the vote in the first-in-the-nation primary, an unprecedentedly low figure for an eventual nominee.

“People have forgotten how Joe Biden did in New Hampshire,” Norpoth added during his interview with Stony Brook News. “He was terrible. He got 8.4 percent of the vote, which is unbelievable for a candidate with any aspirations of being president.”

“The key to the November election is the primaries,” Norpoth told Fox News in July. “The early primaries are giving us a lot of information. Based on that, Donald Trump won them very easily in his party. Joe Biden, the likely nominee for the Democrats, had a great deal of trouble, pulled it together, but on balance is that stronger performance of primaries that gives Donald Trump the edge in November.”

Polling is breaking in the direction of the president, and it’s worth noting that it’s considerably rare in American history for a challenger to defeat an incumbent.